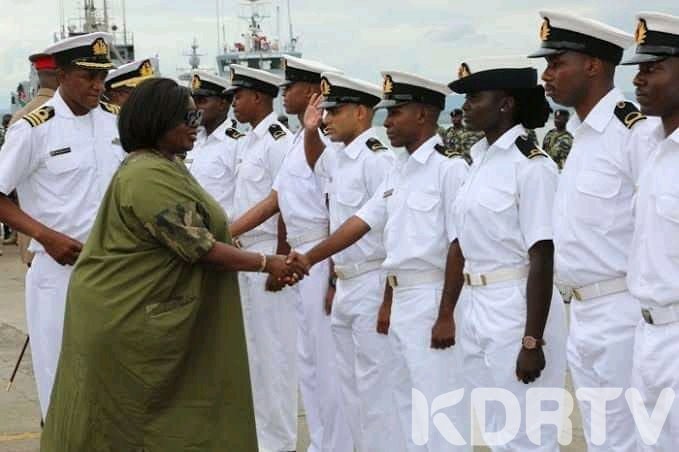 (KDRTV) – Kenya Navy is once again on the spot for allegedly failing to rescue Kilifi fishermen who had veered into the deep sea for more than 9 days.

The four fishermen said their boat veered into the deep waters of the Indian Ocean and they lost direction of where they were. They also ran out of fuel.

According to Malik Mbwana, the captain of the sheep, the team drifted in the waters surviving on dry raw fish and water.

On the night day of their ordeal, they were elated when they spotted a Kenya Navy boat patrolling the ocean.

They requested for help but the soldiers refused to give them. The soldiers were so mean that they refused to offer even food and water.

So why do we have navy in the first place if they can’t perform such a crucial rescue? These men would’ve died then? Shame on you Kenya Navy pic.twitter.com/cbd1ZpNYp2

Despite not getting help, the fishermen survived for eight more days before finding help in a village after drifting to the shores.

Kenyans have taken to social media to bash Kenya Navy for their lack of patriotism and failure to do their duty.

Kenya Navy found those fisherman that survived for 17 days stranded in the deep sea on their 9th day dying of thirst drinking sea water but the guys left them for dead, no amount of begging persuaded the Navy crew to rescue or even give them food & water. Fuck!

Kenya Navy is a disgrace to patriotism. These guys Just abandoned Four fishermen in deep sea even after the fishermen begging them to save them or even give them just a drop of water. This is what you get for selecting individuals based on dental nomenclature instead of IQ & EQ.

Should they really be in white. Shame on you Kenya navy for abandoning your own blood, your employer. Ata maji surely. Wakenya tulirogwa na nani? pic.twitter.com/DiOB1xbqXW

This is not the first time that Kenya Navy has found itself in the limelight for the wrong reasons this year.

In September, the soldiers were unable to retrieve the bodies of Mariam Kighenda and her four year old daughter Amanda Mutheu after their car plunged into the ocean from a ferry on the Likoni  Channel.

Mombasa Governor Ali Hassan Joho had to bring in a team of elite divers from South Africa to help retrieve the bodies and the car wreckage.

In November, a Kenya Navy Soldier shot and killed a teen boda boda rider in Mombasa under unclear circumstances.