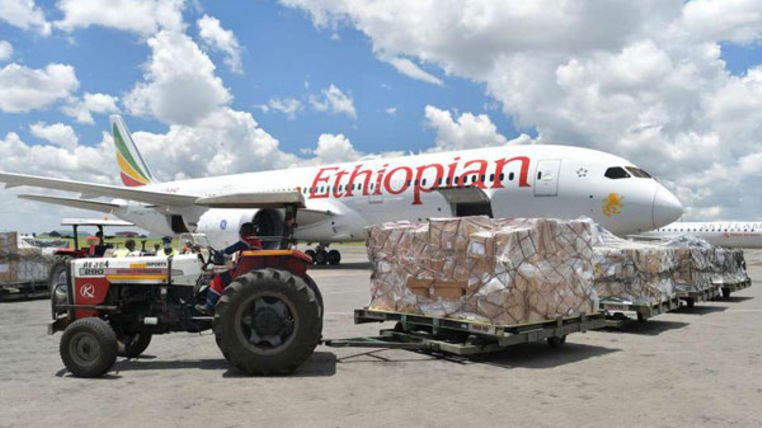 (KDRTV) – At least three-quarters of the COVID-19 equipment donated by Chinese billionaire Jack Ma found its way to Tanzania, a new investigation has revealed.

NTV reported on Sunday that the equipment, which included face masks, testing kits and Personal Protective Equipment (PPEs) were never used for their intended purpose.

In a new series of investigations titled #COVID19Millionaires, journalist Dennis Okari exposes how the equipment never reached a government agency after being offloaded from Ethiopian Airways on March 24. The consignment was received by Health Ministry’s Acting Director-General Patrick Amoth.

Amoth said the equipment would be deployed immediately to help the Kenyan people tackle the scourge of Coronavirus.

However, some very powerful people had already hatched a plan to steal the consignment and make a kill from it.  The Ministry contracted two companies; Megascope  Limited and Crown Healthcare Limited to offload the consignment from the airport. The equipment was later moved to a private warehouse in Nairobi.

Mega scope healthcare and crown healthcare limited were appointed by KEMSA and authorized to clear the consignment from JKIA.

There are records to show they received the kits, but there is no public record of what happened.#Covid19Millionaires pic.twitter.com/NjQrYLgQsx

A quick search on the internet will show you that Megascope is owned by people very closely associated with President Uhuru Kenyata. They have running contracts with the government.

Later, NTV reported that the equipment was transferred via road to Tanzania. It crossed the Namanga border under tight police protection. At least a dozen Tanzanian companies benefited from the equipment.

Dr Godwin Agutu, the Director of Network Action Against Corruption (NAAC) an organization that has been investigating how the COVID-19 billions spent claims the remaining equipment was given to private companies in Kenya. These companies later supplied the same donations to the government at inflated prices.

Meanwhile, as a few people made millions from Jack Ma’s donations, the government struggled with testing COVID-19 over lack of test tubes.

KTN journalist Mercy Korir says she was taken in circles when she asked the Ministry of Health about COVID-19 donations.

I remember asking @MOH_Kenya about PPEs during their initial pressers. Many times they said they were in high seas, or being distributed, or we are working on it and other short stories. #Covid19Millionaires now unveils the pains I had trying to find out what was happening.