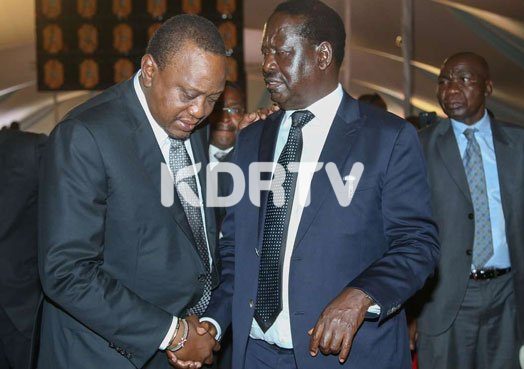 ODM leader Raila Odinga has said he is not after President Uhuru Kenyatta’s endorsement but rather his vote in the event he runs for the presidency in the 2022 General Elections.

Raila was speaking on Radio Citizen on Thursday, July 8 morning where he said that he has never sought any political endorsement in his life and he’s not planning to start anytime soon.

“I don’t need Uhuru’s endorsement. But I will ask for Uhuru’s vote if I ran for the presidency in the forthcoming General Elections.”

Raila added that he hasn’t made up his mind yet whether he’ll be on the ballot come 2022.

He added that he will reveal his plans once the Building Bridges Initiative (BBI) referendum comes to pass, which, he’s confident will sail through.

“We are still working on the BBI because we want to unite the nation and better the lives of Kenyans,”he said.

“When the right time comes, I will decide if I will contest for the presidential seat because that is my right and nobody can stop me from doing so.”

His remarks come at a time when many politicians allied to the ODM party have urged NASA principals to unite ahead of the 2022 elections.

Mudavadi said that he no longer trusts ODM chief Raila Odinga and thus would not support him in 2022.

At the same time, Kalonzo Musyoka said that he will be the most stupid person in the world to support Raila Odinga for the presidency in 2022.