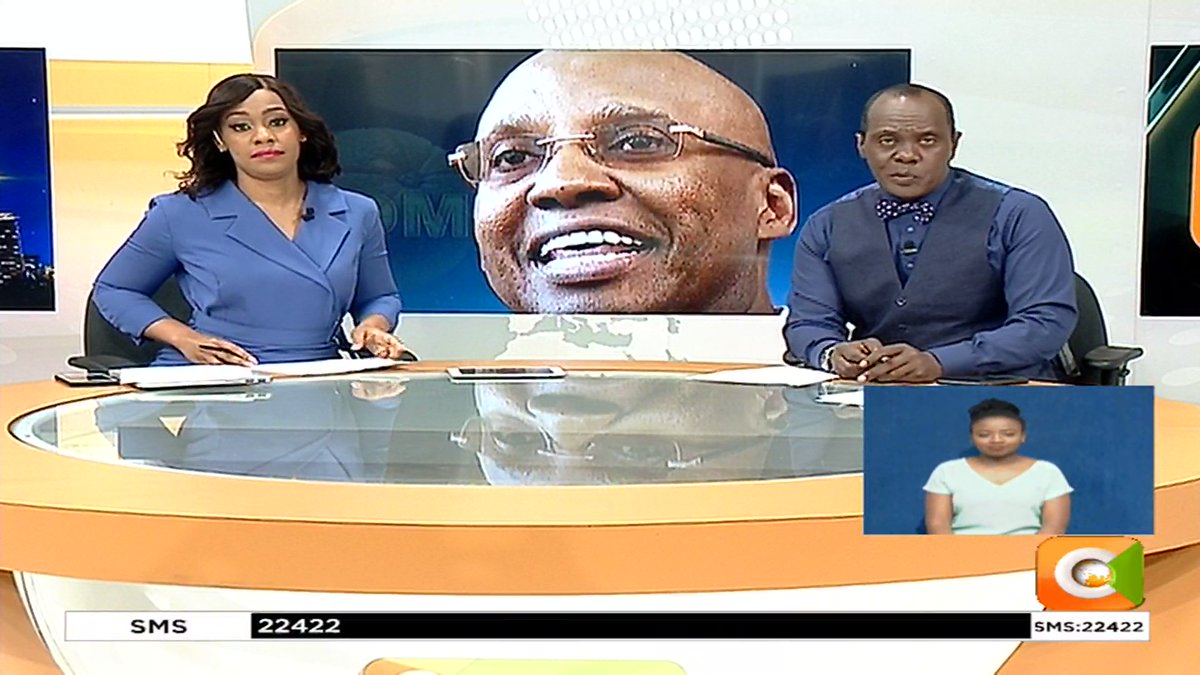 Billionaire Jimmy Wanjigi has left a section of Kenyans disgruntled following his first TV interview in an effort to popularise his presidential campaign.

Wanjigi, who had an interview with Citizen TV, left many surprised after opening up of how he made his billions.

According to the businessman turned politician, he started out as a garbage collector who eventually got finances from a mzungu. The mzungu helped him buy his first pick-up.

He said from there, his net worth grew with time over the years after he started his business.

“I did not get rich quickly. I had to find a mzungu former schoolmate, who went round seeking deposits for me to get a pick-up. A mzungu was seen as credible. Life-changing overnight is not business, it is theft, we should not allow him anymore.”

READ ALSO: Jalangó Finally Speaks After Edgar Obare Exposed Him For Allegedly Being In The Wash-Wash Business

Wanjigi, who hopes to defeat ODM party leader Raila as the party’s presidential candidate, said that starting his business wasn’t easy then since government officers made it very tough to register small businesses.

“The laws stated that the garbage must be collected by the city once it is put in the receptacle. I got permission after a lot of lobbying to assist in complementary service,” he said. 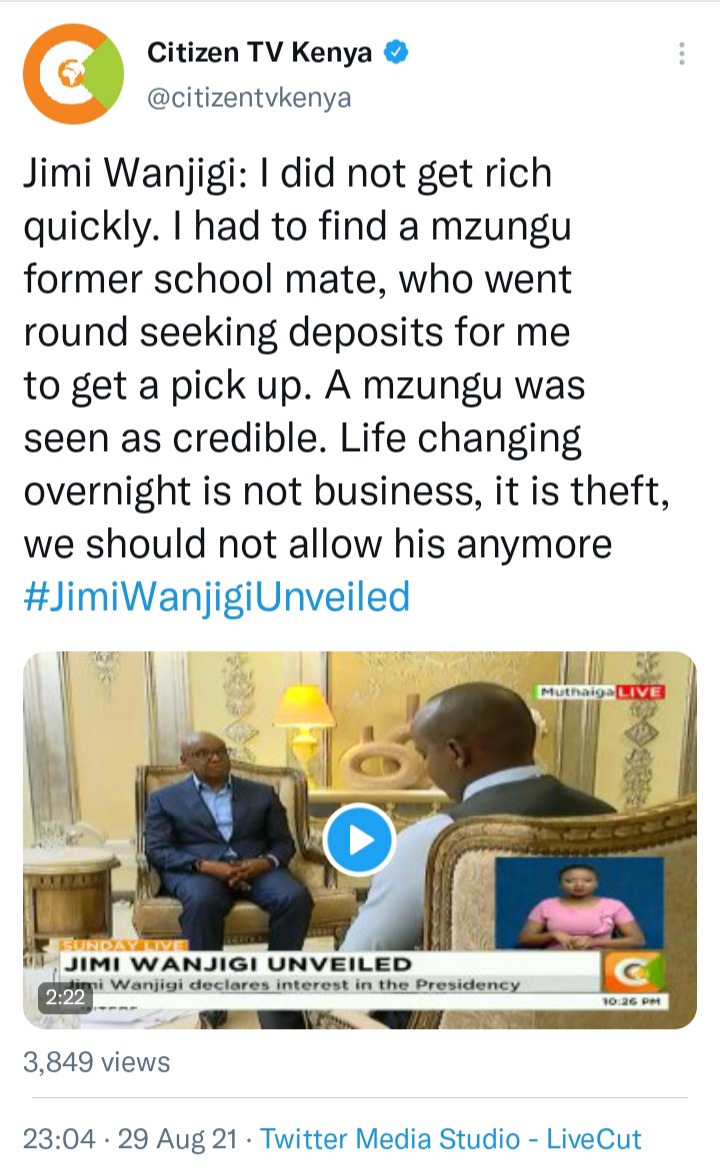 “That I will provide plastic bags under a company called Bins Limited and those plastic bags I would not put in the receptacle, I needed permission to dump the garbage in Dandora. Let me tell you I started that business without a penny.”

Kenyans were not happy, however, that Wanjigi failed to mention he was the son of a prominent politician and former cabinet minister Maina Wanjigi.

Maina Wanjigi was the MP for Kamukunji Constituency in the early 90s.

On social media, Kenyans were a bit shocked that he failed to mention this, rather choosing to give a story with loose ends.

Sherlyn Anyango; When Jimmy Wanjigi said that he rose from collecting garbage and now he’s a billionaire, I switched off the tv

Jimmy Wanjigi really said on national TV that he started as a garbage collector now he's a billionaire. Today I'm almost giving up on my country.#sundaylive pic.twitter.com/IsZSFNvLGH