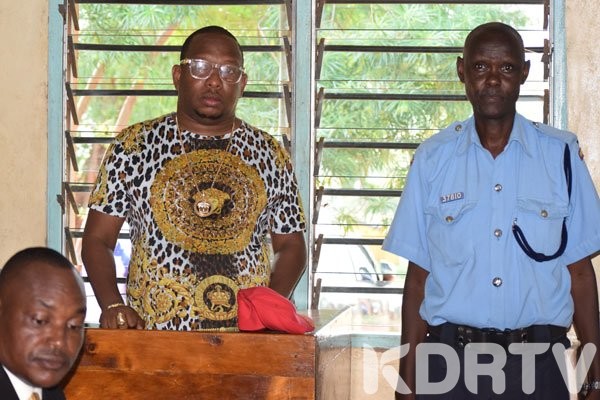 (KDRTV) – Coast Regional Police Commander Yakub Rashid has stated that he was not compromised to drop the assault charges against Nairobi Governor Mike Sonko.

Yakubu shocked the court on Tuesday when he filed an application to withdraw the case against Sonko, saying he did not wish to pursue it further.

He later told journalists that he has never had peace since the case was filed in December 2019.

“I was not compromised by Sonko, I don’t know him and I have never met him. I am a Muslim and I don’t harbour grudges. He assaulted me but I decided to move on. Even the Bible asks Christians to forgive those who wrong them,” he told the publication.

He further stated that he had not been pressurised to drop the charges against the governor.

“Sometimes we can act out of anger and Sonko and I are not different. My heart is clean after immense soul searching, I decided to let go the case,” he stated.

Mr Rashid was caught on camera being restrained from dealing with Sonko during the latter’s dramatic arrest in Voi on December 6. The governor was heard hurling insults which were not received well by the senior police officer.

Following the drama at Ikanga Airstrip, Sonko was charged with assaulting the officer.

He was also accused of resisting arrest ‘he willfully resisted arrest by Yakubu …by violently refusing to be handcuffed and to board a police chopper in the due execution of his duties.’ reads part of the charge sheet.

ON Wednesday, Voi Senior Resident Magistrate Frederick Nyakundi ruled that there are sufficient grounds for permitting the withdrawal of the case.