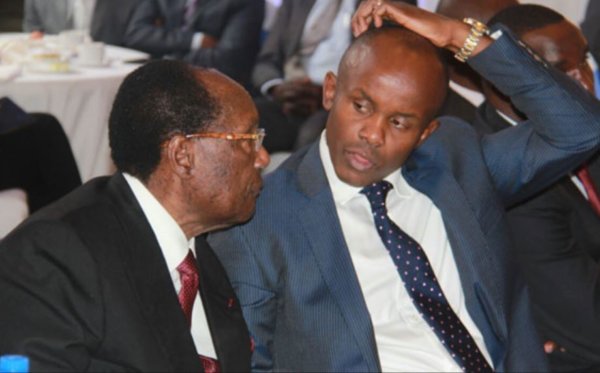 (KDRTV) – Christopher John Kirubi popularly known as Chris Kirubi is a Kenyan businessman, entrepreneur, and passionate industrialist. He is an inspiration to many people. The 79-year-old is a director at Centum Investment Company, a business conglomerate, in which he is the largest individual shareholder. Centum Investments is the largest publicly traded private capital firm in Eastern Africa.

The guy invited Daniel Ndambuki (popularly known as Churchill) so as to shoot a Churchill Show Journey Series episode featuring him. It is the first time he has done that after his unfortunate battle with illness. He looked somehow strong in the show, meaning he has recovered. Chris is a man with a very positive mindset. He has enjoyed the finest things in life.

On the show, Churchill also talked to James Mworia who is the Chief Executive Officer of the Centum Investment Company. The Kenyan lawyer, accountant, and business executive is also the managing director of the company. He talked about his first interaction with Chris Kirubi after he cleared college.

READ ALSO: Chaos Erupt As A Section Of Youth Walk Out Of DP Ruto’s Address At Gikomba, Nairobi

James joined Centum as a clerk in the filing room where he mostly did filing duties. He later graduated to doing some accounting duties, then became an investment manager, and the rest, as they say, is history. He worked very closely with Chris Kirubi who became his mentor and a very close family friend. He describes him as a very optimistic man.

“I recall when he was unwell, I visited him in the US, and that time he was really unwell. He requested me to bring him the designs of his house that he was constructing because he wanted to go through them to select things like tiles and some of his finishes. That is what we spent time doing,” narrated Mworia.

That surprised James who then realized that Chris is a man who does not feel sorry for himself. He lives in the present and you will not hear him complaining. As much as he was very sick and bedridden, he still had hope that he would get out of the sickbed and complete his posh house.