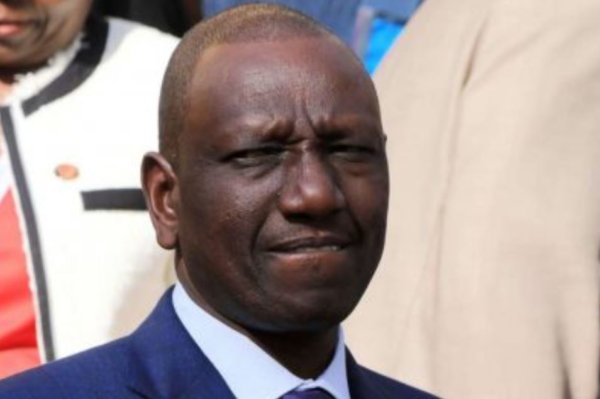 (KDRTV) – Of late, Deputy President William Samoei Arap Ruto has been working towards attracting huge crowds whenever he hosts political rallies. He has been doing the same during his many instant stopovers to address Kenyans that care to listen to him.

The impression created is that the Sugoi man has amassed a huge fan base throughout the country. The campaigns have started on a high gear because Raila Odinga has been doing the same regardless of the COVID-19 threat.

So on Sunday 20th September 2020, Kenya’s second in command was accompanied by a number of Members of Parliament when he attended the installation service of African Inland Church (AIC) Bishop Joshua Nzau at Ziwani in Nairobi’s Starehe Constituency.

On reaching Gikomba Market, he made a stopover and suddenly a large crowd turned up to listen to what he had to say. That is when a group of unapologetic youth caused a fracas as they started leaving the venue in a manner to suggest that they did not want to listen to him.

Looking keenly at a video that Ruto shared in his official Twitter account, a section of the crowd caused a commotion in the middle of his speech as they went after Nominated Senator Millicent Omanga who had alighted from the DP’s convoy. It was a moment of push and pull as all the attention was now focused on the young men going after Millicent for a reason that was not very clear.

We must give everyone a chance to pursue whatever dream they have in life — whether big or small — by creating an enabling environment that will make their aspirations realised. pic.twitter.com/UwUbkwlOIS

Another section appeared to mock Ruto as ‘a thief’ as they displayed a T-shirt with his photo but on top of it was a mask depicting that from the ‘Money Heist’ TV series. 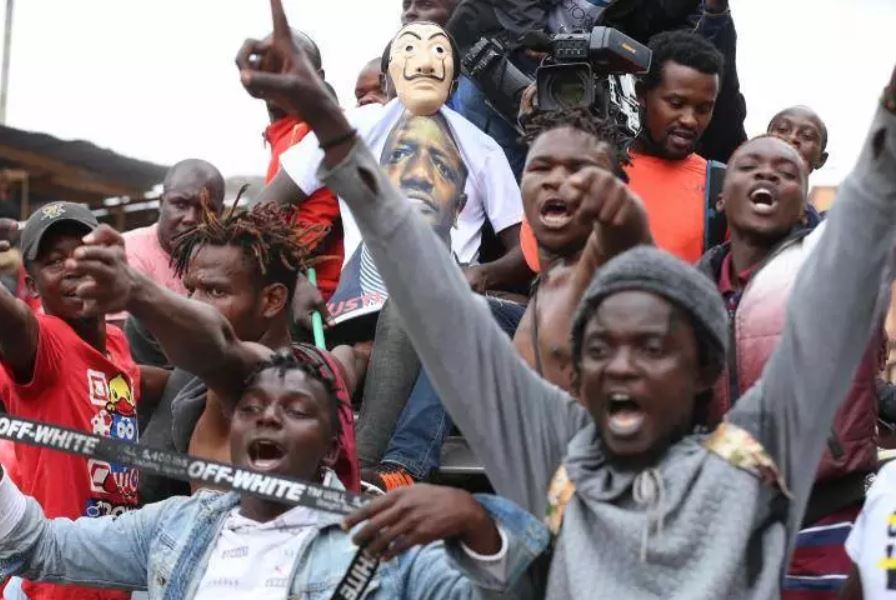 During his speech, he stressed his usual hustler rhetoric, a narrative that has been heavily criticized by his biggest challenger, ODM leader Raila Odinga. He stressed that his main focus still remains on providing an enabling environment for youths and the less fortunate in society.

“We have to give everyone a chance to pursue their dreams in life, whether big or small by creating an enabling environment that will make their aspirations realized.” Remarked the DP.