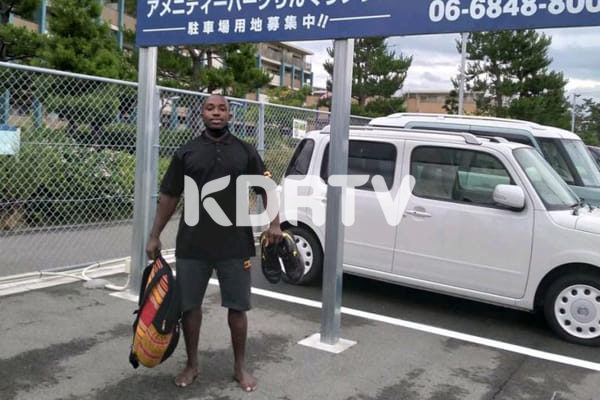 A Ugandan weightlifter who disappeared ahead of the Olympics kick off in western Japan last week has been found.

Julius Ssekitoleko, 20, is being interrogated by Mie prefectural police in central Japan running away from his camp last Friday. He was found in the Yokkaichi city, 170 kilometers (105 miles) east of his host town in western Japan.

According to reports, Ssekitoleko left a note saying he doesn’t want to go back to Uganda.

“Today, the man was found in Mie Prefecture with no injuries and no involvement in any crime,” Osaka police said.

“He carried his own ID and identified himself. It is not certain to whom we should send the man — the team or the embassy.”

Police were put on alert after the 20-year-old athlete failed to show up for his coronavirus test and wasn’t in his hotel room.

READ ALSO: Video: Jalas Walks Out Of Studio Crying After Narrating How 13 People From His Village Died In Tanker Explosion

A note was found in his room requesting his belongings be sent to his family in Uganda, according to officials in Izumisano city in Osaka prefecture, where the team was training.

The police managed to trace him to a Ugandan living in Japan.

“He was found in a house belonging to people who have a connection to the man. He did not offer resistance. He was talking frankly. We are still questioning him about his motive,” police said.

Ugandan embassy said the young athlete will be flown to Uganda on Wednesday 21 where he will be dealt with properly for his unexpected behavior.

Ssekitoleko, before the getaway, had just learned he won’t be able to compete at the Tokyo Games, which open on Friday, because of a quota system.