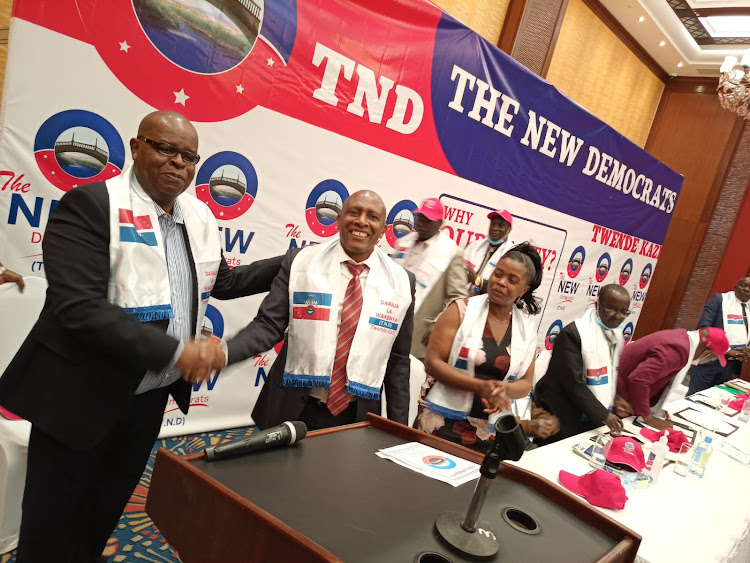 The New Democrats party has announced Jimmy Kibaki as its new party leader.

The party said that Jimmy will play a huge role in 2022 elections. The party, however, didn’t reveal which position Gathecha will be holding.

READ ALSO: Woman Whose Private Parts Were Burnt Using Hot Tea For Reading Husband’s Messages Speaks: We Have Been Having Problems

Party national chairman Thuo Mathenge said that they are hoping to clinch between 50 and 150 parliamentary seats in the 2022 election so that the party can form a coalition after the elections.

Thuo said they are currently in deep talks with other Mt Kenya leaders to join their party. Currently, they have one MP and 17 MCAs.

“We are in talks with key political figures across the country to join our party ahead of the 2022 elections. TND will be the party to watch, especially within the Mt Kenya region,” he said.