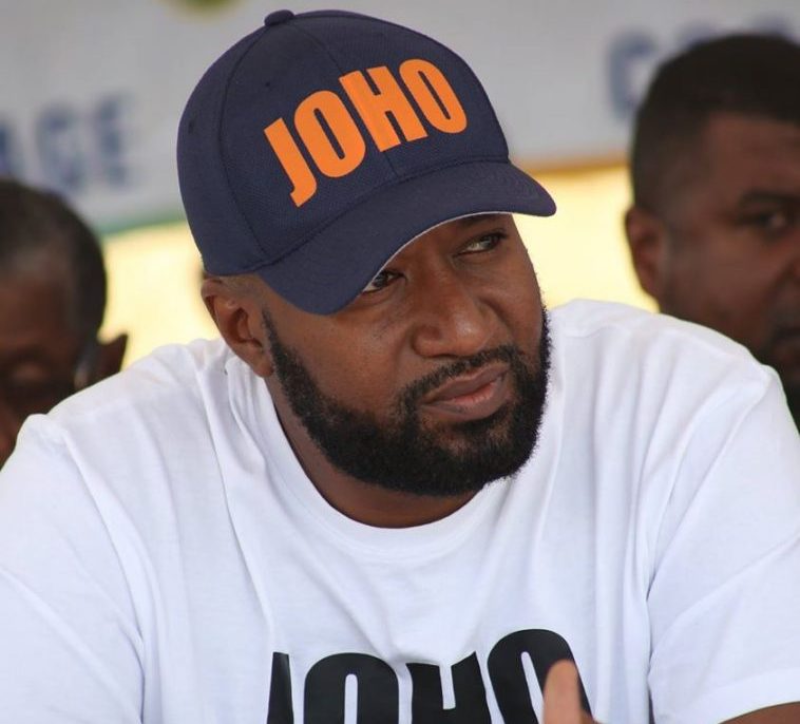 Mombasa Governor Hassan Joho has said that he would have fought Deputy President William Ruto tooth and nail if he was in ODM leader Raila Odinga’s shoes.

Speaking in Mombasa on Saturday, Joho said that Ruto should consider himself lucky as Raila is a honourable man who is patient a reason why he has been very lenient with the DP.

The Mombasa county boss claimed that he would have fought Ruto with everything if the two were going for the 2022 presidential seat.

“William Ruto is lucky his competitor is Baba,” he said.

“Raila is an honourable man, he speaks with respect but if he was facing me one-on-one, he would regret it. I would not spare him. If he hits out at me, I would hit back.”

READ ALSO: ‘2022 Will Be A Race For Hustlers And Project Of The System’- Ruto Now Says Elections Have Been Framed

Joho said that Ruto should respect Raila and also understand he has been avoiding firing back at his lashes because he doesn’t want to stoop too low.

Joho, however, hinted that as honorable as Raila might be, it was the last time he was supporting him.

Joho was forced to shelve his presidential ambitions to give the ODM leader a chance to go for the top seat in 2022.

“I was ready to battle for the ODM ticket for the presidency, but I sat down and looked around, I realised we needed someone like Raila who can bring change to ensure every Kenyan can become a president. However, in 2027, it will be my turn to run for the seat,” he said.

“And I want to ask you the people of Likoni, you have supported someone for more than three elections and if there is an opportunity that shows this is the clearest chance, tutaenda wapi?”