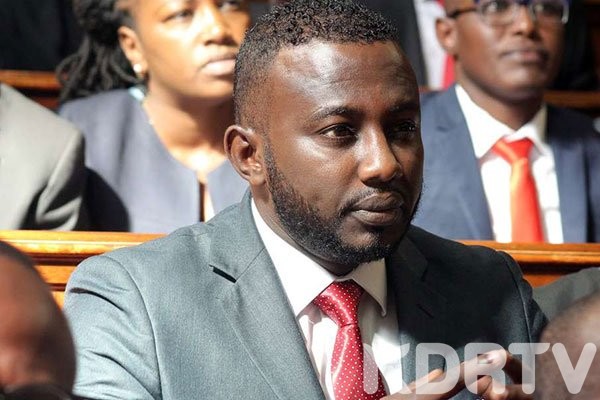 (KDRTV) – Conflicting reports have emerged on the incidents that led to the shooting of the father of Lamu Senator Anwar Loitiptip in Laikipia on Sunday.

According to the police, Mr David Kiwaka attacked a police officer with a Maasai sword, forcing one of the officers to shoot him on the leg.

It all started when officers went to arrest a suspect accused of domestic violence at Kiwanja Ndege area on Sunday afternoon. Police claim Mr Kiwaka was part of a team or around 9, protecting the suspect.

It was then that one of the cops shot in the air, and another shot Kiwaka’s leg to neutralize the aggression.

“We had to shoot him in the leg to stop him from attacking another police officer,” said Nyaema.

This is different from an earlier account given by Loitiptip who accused police of shooting his dad for not wearing a mask.

“My father, David Kiwaka, has been shot in the leg and brutally injured by police officers at Doldol Police Station, Laikipia County. He has been rushed to Nanyuki Cottage. I am currently in Nanyuki pursuing the matter. Justice must prevail for my father. That’s why I am calling for a speedy investigations and for the officer involved to be arrested,” Loitiptip said in a statement.

Mr Kiwaka, a former councillor is currently recuperating at the Nanyuki Cottage hospital.