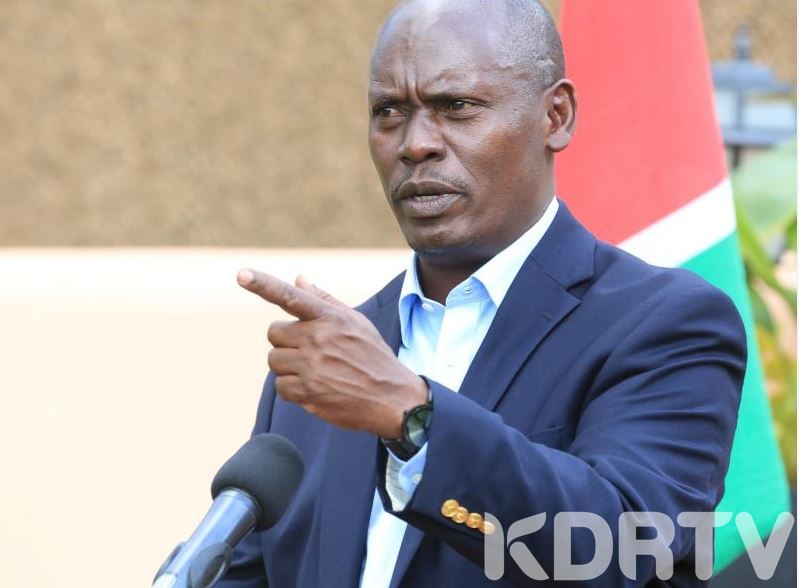 (KDRTV) – Former Kiambu Governor William Kabogo has celebrated the impeachment of his successor Ferdinand Waititu, saying it will enable the people of Kiambu to get services.

The Senate on Thursday, upheld the decision by the Kiambu County Assembly to impeach Waititu over the three charges of gross misconduct, violating the constitution and violating national laws.

In a post on social media, Kabogo seemed to applaud the Senate’s decision. However, he warned that choices have consequences.

“The people of Kiambu should start getting services now. Choices have consequences,” Kabogo said.

The people of Kiambu should start getting services now. Choices have consequences.

Waititu defeated Kabogo in the controversial Jubilee nominations ahead of the 2017 elections. The former governor has severally accused Deputy President William Ruto of having a hand in his ouster. There was a lot of propaganda ahead of the nomination vote with claims that Kabogo had insulted women’s underwear. Most Kiambu voters voted Waititu not because he was competent but to punish Kabogo.

Despite losing the Jubilee Primaries, Kabogo still vied as an independent candidate but lost to Waititu again. Before the elections, Kabogo had warned the people of Kiambu that Waititu was only interested in their money. Perhaps these are the consequences he is referring to in his post.

Waititu and his wife Susan Wangari are facing corruption charges in court. They are accused of defrauding the County Government of Kiambu of more than Ksh 500m in the award of a tender.