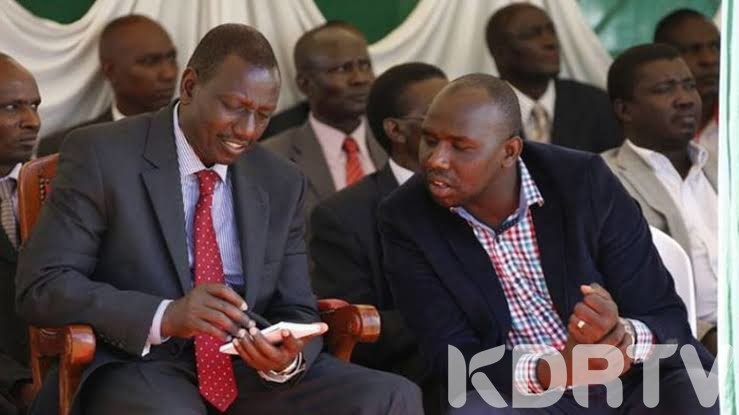 (KDRTV) – Deputy President William Ruto has done nothing for the Kalenjin Community during his time in leadership, a section of elders have claimed.

The elders accused the DP of abandoning the community and selfishly concentrating on his Presidential ambitions.

"He spent his 8 years going in Mt.Kenya.

When things were good for him,he never came to us. He took his money to Mt.Kenya people.

But now that things have gone against him,he comes back to us."

They claimed that the community was well represented during the era of the late former President Daniel Arap Moi.

However, Rift Valley farmers have been greatly affected in the Jubilee administration with the prices of maize flactuating.

The DP has also been accused of causing divisions in the community by creating camps to undermine other leaders for his own selfish interests.

The elders further claim that the DP has only realised that they exist after his 2022 campaign vehicle was punctured.

Last week, Ruto visited the Talai Elders in Nandi County for blessings and protection. The move has created mixed reactions especially in the Rift Valley.

“We fail to understand why Dr Ruto has in the past sidelined local leaders and elders and created preferred cliques to advance his State House agenda but has been quick to seek community blessings now that he is facing a storm in the ruling Jubilee Party,” said Keiyo elder Yusuf Keitany as quoted by Daily Nation.

Ruto is fighting for his life after President Uhuru Kenyatta launched a series of missiles towards his campaign strategy for 2022.

Uhuru first invited Baringo Senator Gideon Moi to the government in a move that pushed Ruto further away from his Presidential dream.

KDRTV understands that Isaac Ruto may be appointed to Cabinet in the coming days.

Both Isaac and Gideon are from the Rift Valley and their elevation will dilute the DP’s influence in the community.