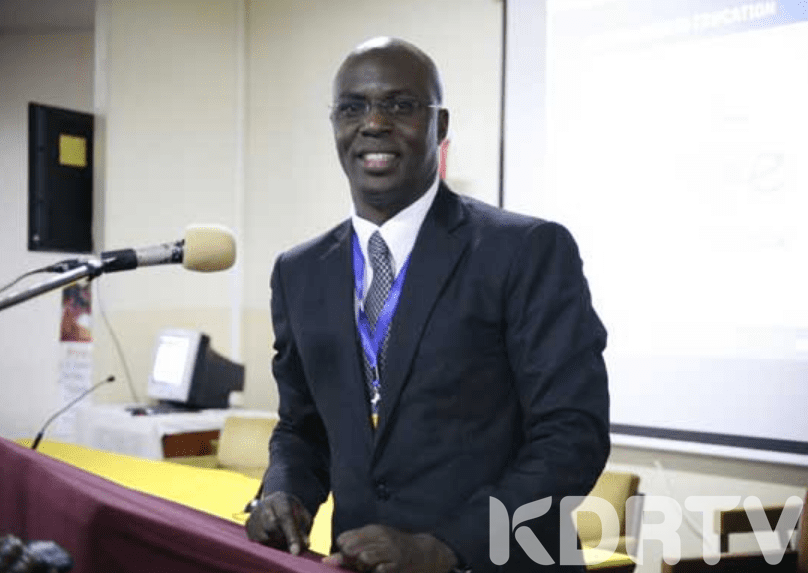 Celebrated author and journalist Ken Walibora has been laid to rest at his home in Bonde Village, Cherangany Constituency.

Walibora’s body arrived in the afternoon for a short period attended by only 15 family members and close friends. Even the number of media personalities at the venue was also restricted.

Body of Late celebrated author Ken Walibora arrives at his Bonde Village home in Cherangany Constituency, Trans-Nzoia County. Walibora, who died on April 10, will be buried this afternoon by not more than 15 mourners. pic.twitter.com/3waHdQmZfC

Last month, the government banned social gatherings as one of the measures to curb the spread of COVID-19.

Unfortunately, the dreaded pandemic which has brought the whole world to a standstill also meant that Walibora’s widow and two children could not attend the funeral since they are in the United States of America.

The Kenyan government also banned any international travel last month following the confirmation of coronavirus in the country.

Read Also: Pregnant Foreigners Will No Longer Travel To US

Ken has been staying alone in his home in Lavington Nairobi as his wife and kids chose to remain in the United States.

Walibora spent close to nine years in the USA between 2004 and 2013. He did his Masters at the Ohio State University before taking up a job as an Assistant Professor at the University of Wisconsin-Madison.

In 2013, he moved back to Kenya after getting a job at the Nation Media Group as the Group Quality Manager, Swahili Media. In 2018, he moved to the prestigious Riara University as a Senior Lecturer.

AUTHOR KEN Walibora buried in Trans Nzoia in absence of his widow and 2 children, who could not leave US due to travel bans over Covid-19. pic.twitter.com/8DLkM9E2xL

Ken body was found at KNH on Wednesday last week. Police say he was involved in an accident along Landhies Road in downtown Nairobi but detectives are pursuing numerous leads to get to the bottom of his untimely demise.