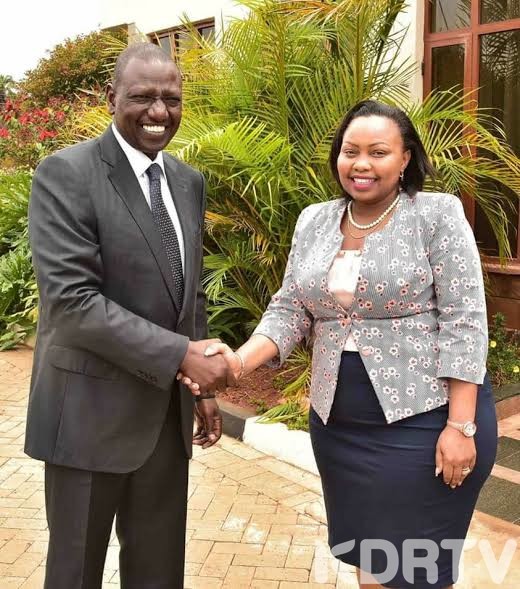 A local daily reported on Monday that Omanga, who has previously admitted that she would be hawking bedsheets were it not for DP, was among the Senators who approved the motion to impeach Senate Deputy Speaker Kithure Kindiki.

Last week, Omanga was among the six Jubilee Nominated Senator who declined to attend a Senate Parliamentary Group Meeting at State House. They have been asked to write a show cause letter and risk being expelled from the Senate.

Millicent Omanga to Deputy President after she appended her signature on a motion to remove the Senate Deputy Speaker Prof Kindiki.

Were it not for DP Ruto, she would still be hawking bedsheets and curtains, she is not royal. pic.twitter.com/Hf0zGcoALd

On Millicent Omanga, I insisted that most people close to DP Ruto are there for convenience; usually motivated by his handouts. This is the time he needs friends. Only RV team, Tharaka Nithi Sen. Kindiki and perhaps Ahmednasir Abdullahi have stood with him. Better he takes notes pic.twitter.com/copWDDkTif

Slay Queens are not even lasting in politics. Millicent Omanga disowned DP William Ruto faster than someone drops a panty.

Beware who you nominate or give political favours. You need seasoned fighters and not these slay queens and kings.