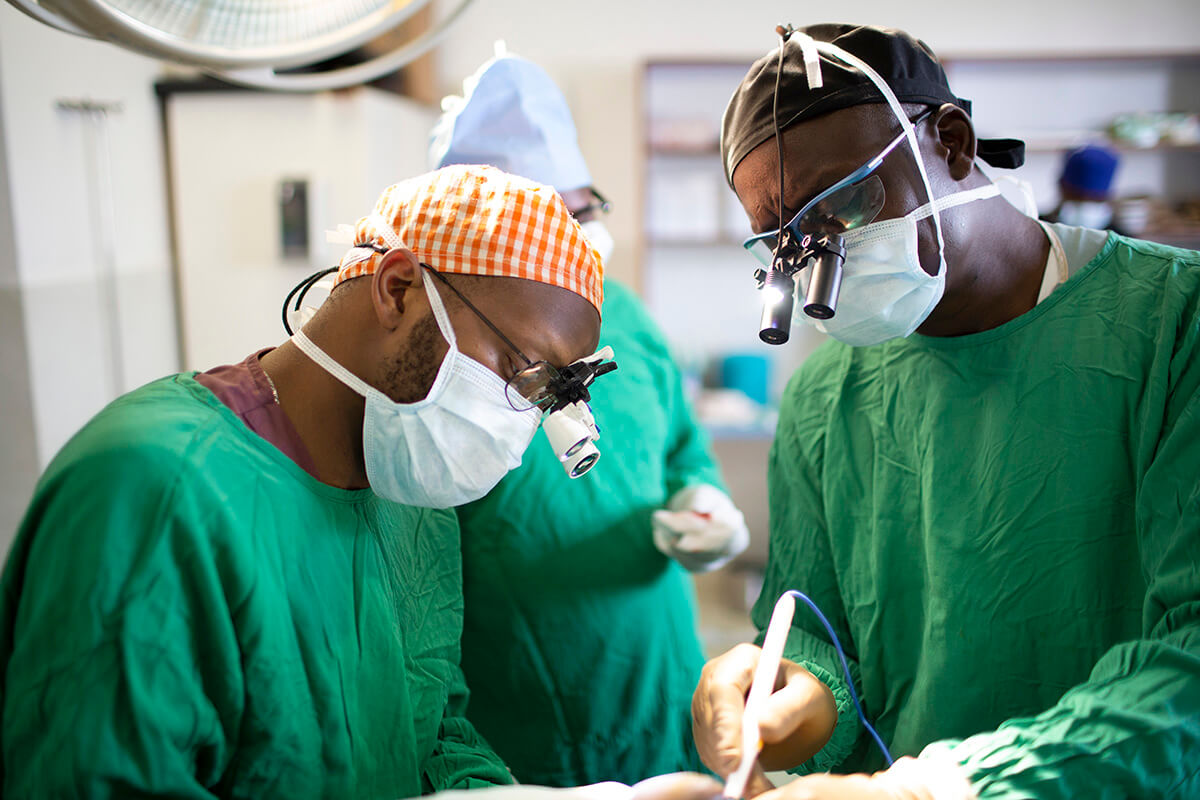 Doctors at the AIC Kijabe Hospital

(KDRTV) – AIC Kijabe hospital has been put on the spot for allegedly removing a patient’s brain instead of a tumor in a botched surgery.

In a landmark ruling last week, Justice Lucy Njuguna ruled that 37-year-old Michael Mwangi died due to medical negligence at the facility.

The suit had been filed by the deceased’s wife Monica Wairimu who wanted compensation for the pain that her husband was subjected to before his cruel death.

She told the court that she took her husband to the hospital in October 2010 after he complained of severe headaches. They were told that Mwangi had a brain tumor that needed to be removed.

AIC Kijabe Hospital has been ordered to pay a widow whose husband died in a botched brain surgery Ksh6 million. pic.twitter.com/XjYvpBTAia

The surgery was performed by Dr. Leland Albright on December 27, 2012. He was taken to the ICU where he stayed until January 16, 2013, when he was transferred to the general ward. However, Mwangi died seven days later.

An independent pathologist who did the postmortem on Mwangi’s body found out “that his brain had been removed instead of the tumor and that had the doctors not removed the brain, her husband would not have died.”

The judge ruled that the patient died due to the hospital’s negligence and must compensate the family with Ksh 6 million.

According to the court, Mwangi was the breadwinner of his family. He earned a salary of Ksh 35,000 per month as an employee of United Paints. At 37, he still had 18 more years to work. The court multiplied his salary with the number of years to retirement bringing the total to Sh5,040,000.

The Judge also awarded the deceased Ksh 650,000 to compensate for the suffering he endured at the hospital before his demise. His widow was also awarded Ksh 140,000 for special damages.

Subscribe to watch latests videos
In this article:Kijabe Hospital