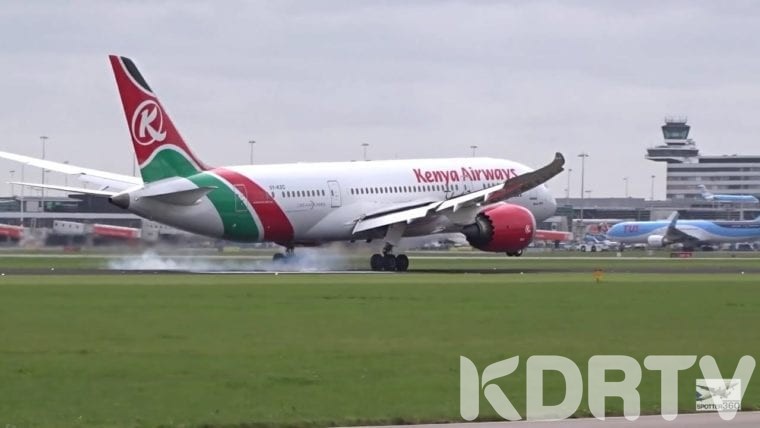 (KDRTV)- Kenya Airways (KQ) has fired over 70 contracted staff that are allied to Career Directions Limited (CDL), a recruitment firm

The report indicates that the airline has had an estimate of 1000 staff hired through different recruitment frim including the CDL, Insight Management, Tradewinds, Aviation Services, Preferred Personnel Africa and Strami

According to reports by the Daily Nation, they were required to sign consent forms to allow KQ to probe their backgrounds

The background spectra include the worker’s landlords, borrowing history from the credit reference bureau TransUnion, social media and criminal records

Kilavuka has been the CEO of Jambojet, a Kenya Airways subsidiary for about a year now.

Reports confirm the acting CEO will continue his previous role as well as leading KQ “until a substantive CEO for Kenya Airways has been recruited and appointed”.

Sebastian Mikosz, the current CEO, pronounced his withdrawal in May amid the loss-making carrier’s renationalization process.

In July 2019, Members of Parliament vote to have the company woned back by the state which is 48.9% government-owned and 7.8% held by Air France-KLM