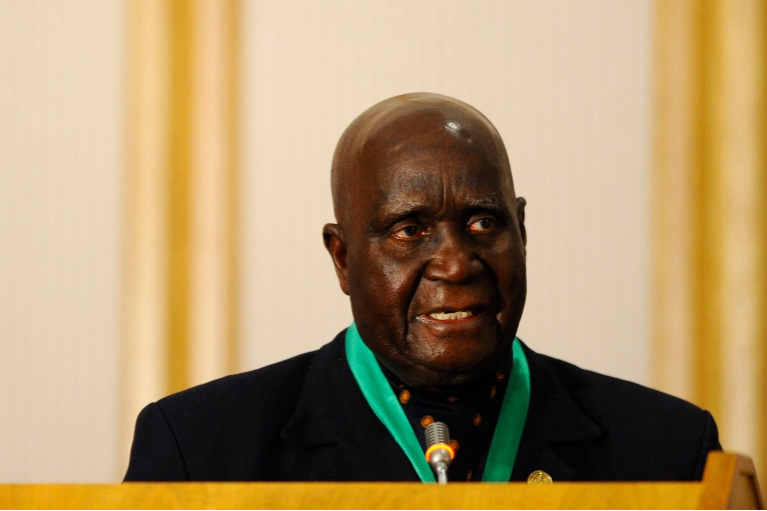 The president was admitted to a health facility in Lusaka after which he urged Zambians to pray for him.

However, according to various media outlets in Zambia, reports emerged that Zambia`s founding father was stable but seriously ill.

His aides said he was admitted after he suffered from pneumonia.

Aides refuted the allegation that he died of coronavirus.

KDRTV notes Zambia has an upsurge in coronavirus infections.

UAE had closed its airspace for flights from and to Zambia due to spike in coronavirus infections in the country.

Kenneth Kaunda started ruling in 1964 when Zambia attained its independence from Britain and surrender power in 1991.

Kaunda since then become a dedicated activist against HIV/AIDS in the continent of Africa.

The declaration of his death was made public by his son on the late Kaunda Facebook.

“I am sad to inform [members] we have lost Mzee [the old man]. Let’s pray for him,” Kambarage wrote on Thursday.

Dear KK,
I learnt of your passing with great sadness. You have gone at a time we least expected but we are comforted that you are now with Our Father, God Almighty in heaven.

I pray that the Kaunda family is comforted as we mourn a true African icon. #RIPKennethKaunda #RIPKK pic.twitter.com/djMixqEoYo

The former president who was popularly known as KK was admitted to the Maina Soko Medical Center in Lusaka.

Despite the fact that Kenneth Kaunda would be remembered for fighting colonists, Zambia`s economy deteriorated during his regime.

Kenneth Kaunda even though did not resist surrendering power, locked horns with subsequent governments.

He was at one point accused of organizing a coup, however, he later settled on charity missions and win back the trust of many Zambians.

It is with an indescribable sense of loss that I learnt of the passing of H.E. Kenneth Kaunda, first president of the Republic of Zambia and one of the Founding Fathers of the Organisation of African Unity. My deepest condolences to his family, the people & Govt of #Zambia. pic.twitter.com/8y9UDZz0ue

I received the news of the passing on of former President Kenneth Kaunda (KK) with shock and a deep sense of sadness and sorrow. I convey my heartfelt condolence and sympathies to Your Excellency President @EdgarCLungu, KK's family and the friendly people of Zambia. pic.twitter.com/k4UjvgwJSf

I'm deeply saddened by the passing on of the First President of Zambia, H.E Kenneth Kaunda. Africa has lost a liberation fighter, patriot and true Pan-Africanist. My condolences to President @EdgarCLungu , the berieved family and all Zambians. May his soul rest in peace! Amen.