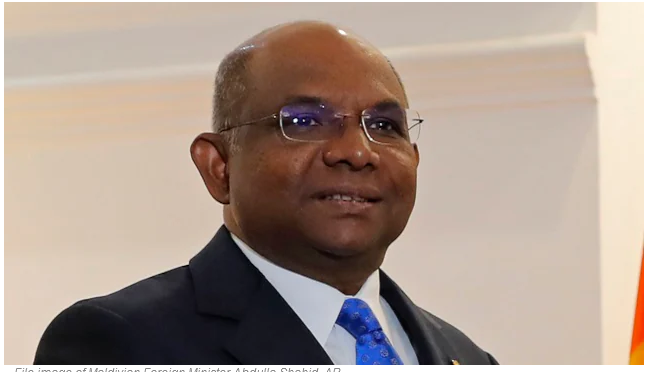 After the elections, the new President said that his fast tasks will be ensuring equal access to coronavirus vaccines, stronger and greener economic recovery, and enhanced efforts to tackle climate change.

Abdulla became first ahead of the former Afghan Foreign Minister Zalma Rassoul in 143-48 while two member countries did not vote.

The elections were done through a secret ballot box.

The outgoing UN Assembly President Turkey`s Volkan Bozkir said that Shahid will bring a lot of experience to the UN Assembly.

The UN General Assembly is in charge of the budget, adopts treaties, addresses global issues from poverty to corruption, and oversees several resolutions that are legally binding among the member states.

In the recent past, the operations in the UN General Assembly have been disrupted following the novel coronavirus.

The in-person meeting was suspended to halt the spread of coronavirus, however, the Assembly has restored physical meetings however, it has been limited to two representatives per member state.