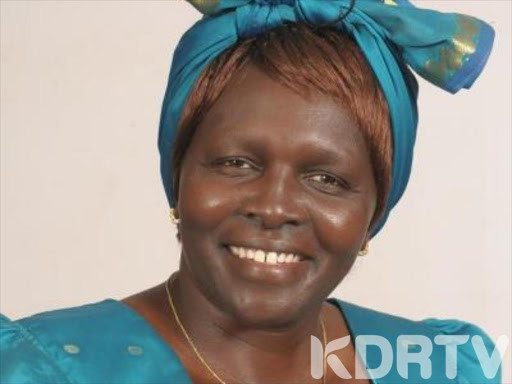 (KDRTV)- In 2013, Prof Margaret Kamar surprised many people when she chose to run for Uasin Gishu Governor on an ODM ticket. First of all she was a woman and secondly, there was no way she would survive the URP wave in the region. She finished in a respectable second position.

That is Kamar in a nutshell. A woman who is not afraid to make hard decisions and stand by them no matter the price. In 2011, she accepted her appointment as the Higher Education Minister. She replaced a certain William Ruto who had fallen out with Prime Minister Raila Odinga, the ODM leader.

It is hard being a woman in Kenyan politics. It is even worse when you are a woman in the opposition. Professor Kamar has dived in the politics of the murky water and emerged on the other side.

On Tuesday, she was sworn in as the new Senate Deputy Speaker. She sets record as the first woman to be appointed in that position. To reach where she is today, she had to ‘betray’ her community. First, she attended the State House Parliamentary Group meeting which resolved to kick out Kipchumba Murkomen and Susan Kihika from the Senate leadership. Ruto allies did not attend the meeting.

In fact, Kapseret MP Oscar Sudi warned Kamar that voters would punish her in 2022 for betrayal. But she went ahead and voted for the motion to impeach former Deputy Speaker Kithure Kindiki. Today, she replaces Kindiki.

Her gamble has paid off.

Her new role not only elevates her but also prepares her for the gubernatorial race in 2022 where she will probably face a candidate endorsed by Ruto.