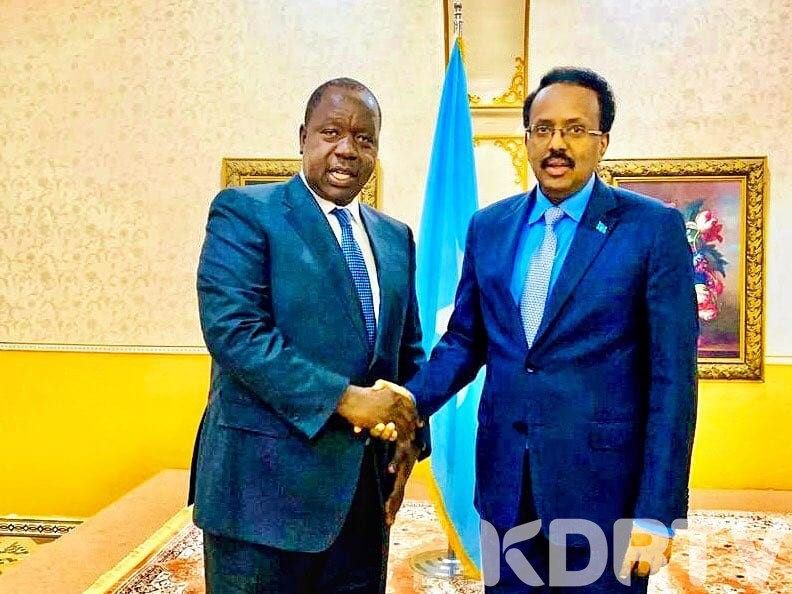 (KDRTV)-President Uhuru Kenyatta has sent the Interior Cabinet Secretary Dr. Fred Matiang`i to Somalia over the broiling border ambivalence between the countries

However, the conference between the troop headed by Fred Matiang`i is still not clear- the agenda of the meeting has not been much unveiled

The team met the Somalian head of government at the presidential palace of Villa Somalia. There was no official joint communication from the two sides about the border conflicts

However, there are reports that the Somalian President Farmaajo would travel to Kenya to meet President Uhuru Kenyatta to deliberate more on the simmering border conflict to restore peace between the two countries

According to our previous reports, battles between Solamlian Government troops and Jubbaland forces in Bula Hawa, extended to Mandera something that angered President Uhuru Kenyatta who warned the Somalia government against illegal provocations