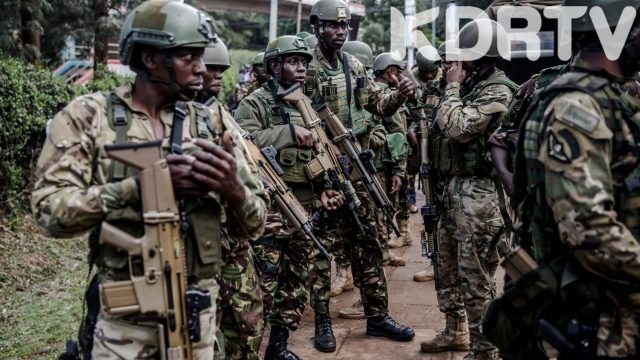 The Kenya Defence Forces (KDF) which comprises Kenya Army, Airforce and Navy is one of the strongest militaries in the African Continent having been deployed in Somalia and DRC.

Below are 5 little known special units in KDF which are tasked with classified missions.

The RDS is the KDF’s most elite Special Forces unit. It was founded to assist in the development of innovative methods to address new security challenges. According to the KDF website, the RDS trains both locally and internationally, mostly in the United States and Israel. The majority of its missions are classified, although the team is said to rescue kidnapped soldiers with tremendous precision.

The Kenyan Navy’s SBU is a top-tier unit that trains with US Navy Seals in Virginia and Lamu. The SBU soldiers are trained in battle medicine, navigation, boat handling, weapon proficiency, and ship boarding tactics, among other things.

Long Range Surveillance (LRS) is a covert unit of Kenya’s defense forces that has heavy artillery throughout Eastern Africa. Soldiers in this unit are among the best-trained in the army, as they carry out demanding and dangerous operations including acquiring intelligence behind enemy lines.

This unit comprises the best soldiers in the KDF from the 20th Para, the 40 Rangers Strike Force, and the 30 Special Forces.

The unit has been trained to track down and kill targets.

It also boosts the security of foreign special guests and protects the Kenyan President.

The SOR is well versed in Weapons, intelligence gathering, and battlefield medicine. They are normally stationed with nearly every KDF battalion.

The 20th Airborne Ops Group has its headquarters based in Gilgil. Not known to many the unit was formed through inspiration by the USA’s 5th Airborne Special Operations unit. This unit was one of the KDF units that overpowered the Al-Shabaab militants to take over Kismayu.