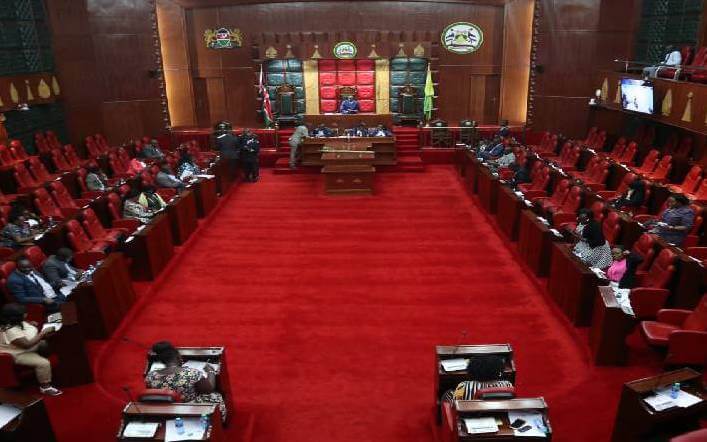 Nairobi County Assembly Considers Shutting Due To Spike in Coronavirus

According to the Assembly Majority Leader Abdi Guyo yesterday, e disclosed that about 20 county assembly members could have contracted coronavirus. Thus the closure of the assembly would be aimed at preventing further spread of the novel virus.

So far, the respiratory disease has claimed the lives of more than 1000 lives in Kenya.

Guyo, ho is also the Matopeni ward MCA, aid that numerous MCAs had floated the petition to suspend physical plenary sittings and that the House Business Committee chaired by speaker Benson Mutura will be having a convention to deliberate on the issue.

“The number of MCAs that have contracted Covid-19 has increased and is just shy of the number 20 mark. As the leadership, we are yet to collectively discuss whether to close down but I can guarantee you that that is the route we are going to take,” said Guyo.

According to the minority leader Micheal Ogada, measures to reduce members accessing assembly precincts had been implemented.

If the petition sees the light, Then, this would be the second time Nairobi county is closing due to coronavirus after it closed in March.

READ ALSO: Kabarak University to be Closed in Honour of Mzee Daniel Moi

The assembly also suspended foreign travel by members and staff f the city assembly, nd at the same time, visiting delegation such as schools and international groups were suspended.