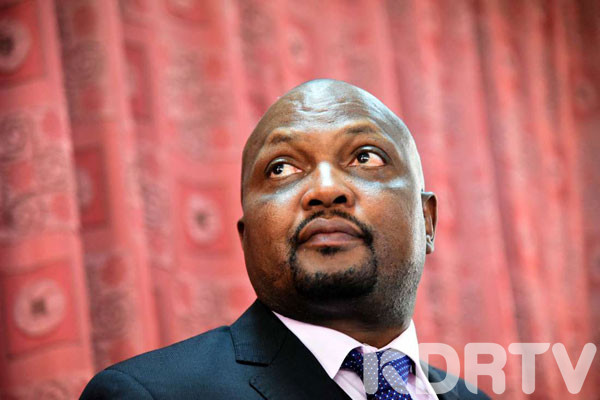 The MP has now lost the first fight against the commission and the Chairman of the Commission Wafula Chebukati ruled that the matter is legally before the committee, rejecting preliminary objections raised by Kuria`s defence team

“Electoral Code of Conduct Enforcement Committee has jurisdiction and is legally ceased of the matters,” Chebukati ruled.

“Preliminary objections are hereby dismissed and the matter shall proceed to a full hearing.”

The legislature’s lawyer now wants the IEBC proceedings on vote-rigging claims stopped saying the commission lacks jurisdiction and no document supplied to them.

READ ALSO: Moses Kuria Breaks Down How Counties Will Vote In The August General Election

It is on records that on March 15, Moses Kuria said that he and other political leaders helped Uhuru Kenyatta illegally secure victory during the 2017 presidential elections.

He made the claims during the UDA party delegates conference held at Kasarani Gymnasium arena.

The lawmaker was summoned by the IEBC Electoral Code of Conduct Enforcement Committee for grilling.

In 2017, Uhuru’s victory in the presidential race was challenged by ODM leader Raila Odinga; the Supreme Court even canceled the later election results.

If the lawmaker would be found guilty, he would be warned, fined, or kicked out of the August and further polls.