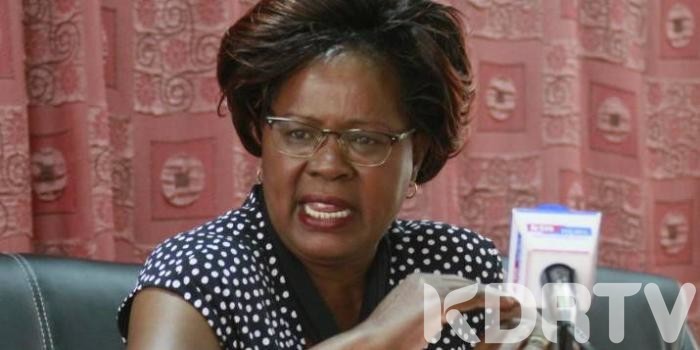 Wahome who is allied to the Deputy President William Ruto, claimed that someone anonymous called and threatened to kill her

Wahome was speaking during a function to issue a bursary  to students in Murang`a on Wednesday, January 15, where she claimed that the kieleweke faction was after her life after she rubbed shoulders with President Uhuru

“A man called me last week and threatened to kill me. Some members of Kieleweke faction are after my life and they should be interrogated if I go missing,” she said.

The Kandara legislature also faulted a section of politicians for organizing goons to disrupt public functions in her constituency.

“They sent goons to interrupt my event but we called the police who arrested 22 of them. Let them also know that I am guarded and we shall face each other,” she said.

The fiercely speaking MP allied to Tanga Tanga on Thursday, January 2, attacked the head of the state accusing him of using the Building Bridges Initiative (BBI) to remain in power after 2022 which is against the constitution.

Wahome alleged that Uhuru was the key threat to the country`s prosperity with regards to development, economy, democracy, and freedom of expression.

“The biggest existential threat to Kenya’s declining economy and democracy and freedom of speech, freedom of expression, freedom of political affiliation and growth is Uhuru Kenyatta because he is on the driver’s seat,” Wahome said.

The Wahome, the rift between Tanga Tanga and Kieleweke teams escalated.