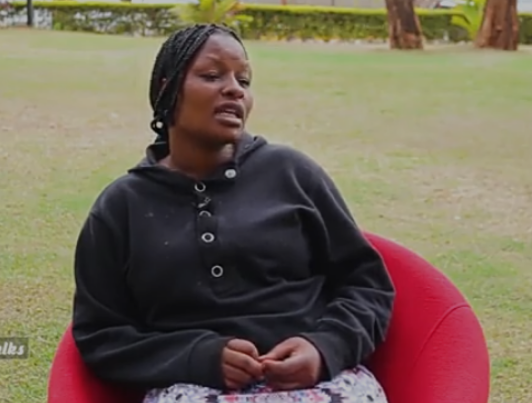 A woman has opened up on her scary ordeal at the hands of truck drivers after hiking a lift.

Phylis, while speaking to Lynn Ngugi of Tuko Talks, narrated how she ended up in the situation while trying to run away from her husband who was mistreating her.

She narrated how she was defiled by the truck drivers as her two daughters watched, something that left them traumatized to date.

Phylis told Lynn that the truck driver even forced her two daughters to clap for him as he defiled their mum.

“He asked my older daughter to lick his private parts and the other to clap as they watched him defiling me.”

She reported the matter to the police station but they took the claims for granted and the hospital denied her treatment because she lacked Ksh. 500.

The sad ordeal has left many shocked and call for the arrest of the truck driver.