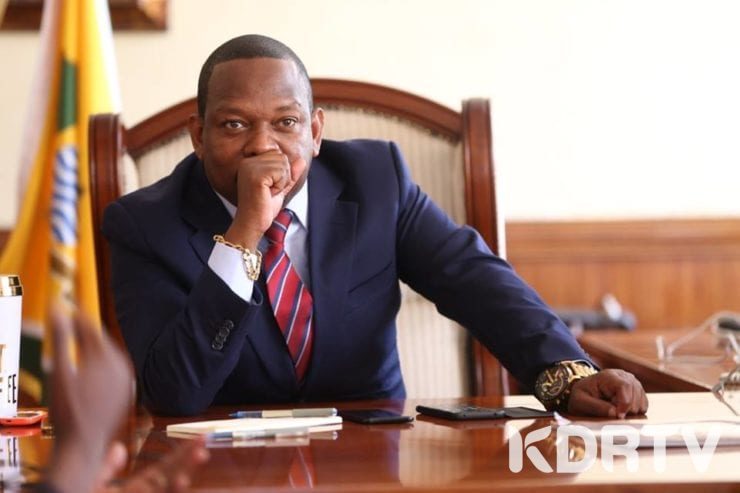 Nairobi Members of County Assembly (MCAs) have differed over the planned removal of Governor Mike Sonko from the office after a portion of the leaders declined to be part of the process citing different reasons.

A large section of the Nairobi County Assembly lawmakers especially those from the Orange Democratic Movement (ODM) party reiterated that they will need to secure permission from their party leaders to be part of the oustering process.

Read also: ODM Comes to Sonko’s Rescue at the Hour of Need

Led by the Nyayo Highrise MCA Kennedy Oyugi, the MCAs stated that oustering Sonko was a major move considering the state of the county government which currently has no deputy Governor.

“We cannot make such a major move if we have not been given the green light by our party leaders,” said Oyugi

“As at now, those calling for the impeachment are a few members who want to settle scores with Sonko and we will not be a party to such wars,” he added.

A critical analysis of the developments in the Nairobi County Assembly indicates that the ODM MCAs have been in the forefront to remove Sonko from the office, but at the same time, some of the ODM members have joined the Jubilee counterparts to defend the besieged Governor.

Since Sonko was barred from the office on December 11, The County Assembly Speaker Elachi was compelled to call for special sitting by end of seven days.

Mr. Oyugi said that matters to do with the impeachment must be okayed by the high profile party leaders who had so far not declared their stand on the impeachment of Governor Sonko.

The sentiments by Mr. Oyugi were supported by his Counterpart from South C Osman Khalif who challenged the MCAs claiming to have collected adequate signatures to call for censure motion.

“If it is impeaching Governor Sonko, we have to get direction from party leadership and organs. We cannot just wake up and say that we have today decided to impeach the governor,” said Nairobi West MCA Maurice Gari.

However, Jubilee majority leader Millicent Mugadi said that Governor Sonko has not approached them to try to prevent the impeachment motion.