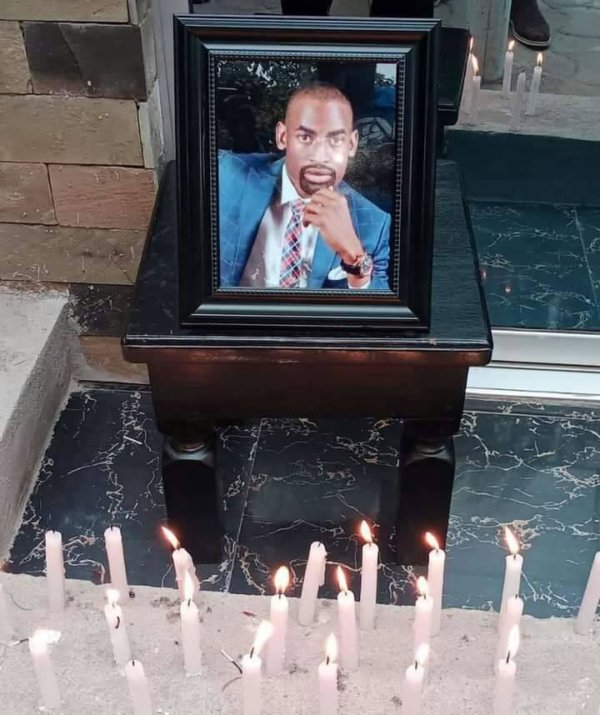 (KDRTV) – Slain businessman Kevin Omwenga was buried on Saturday 29th August 2020, exactly one week after he was brutally murdered at his house in Galana Suites Apartments, Kilimani. The burial was attended by his close friends who are also flamboyant businessmen like Felix Odiwuor alias Jalang’o and Steve Mbogo.

A friend of Kevin called Mark has come out to reveal the unfortunate events that transpired during the day of his burial. Immediately the deceased was put in the grave, his friends left the scene immediately to go and spend some good time with their girlfriends in their posh cars. They then headed to Naivasha where they were to pop champagne to commemorate Kevin.

Mark felt like they should have at least stayed a little bit longer or as well as pop the champagne bottles by Kevin’s grave as a way of paying their last respects to him. The motorcade that had joined Kevin’s procession from Nairobi was full of state of the art vehicles.

Meanwhile, Kevin Omwenga’s murder suspects Chris Obure and his bodyguard Robert Bodo Ouko will spend seven more days behind bars. This is after Justice Jessie Lessit decided that she will give her verdict on whether they will be released on bail on Monday 21st September 2020. Chris Obure attended the court hearing virtually from his hospital bed in Nairobi Hospital. He had exhibited COVID-19-like symptoms while in his cell at Kileleshwa Police station and the magistrate allowed him to go for a test during his last appearance.

Robert Ouko had written a statement saying how he shot Kevin accidentally while trying to hand over the gun to him. But the government pathologist embarrassed him badly after he revealed that the bullet that killed the deceased what shot from a higher trajectory with the aim of killing him.