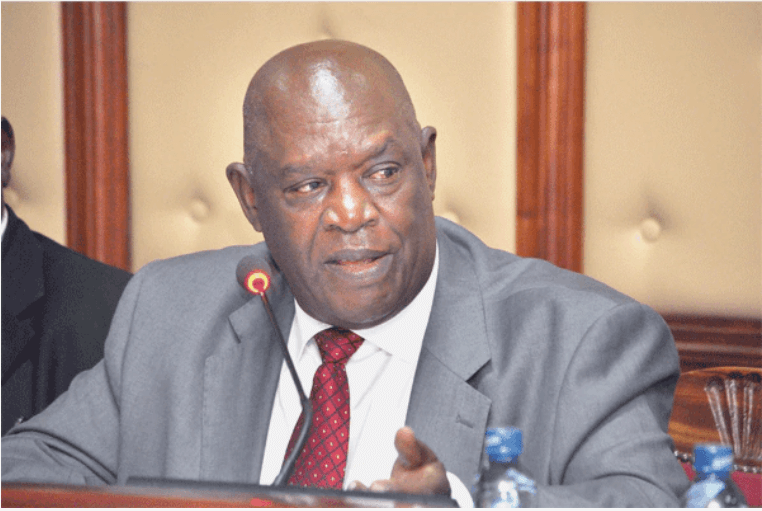 Reports veil that the cunty boss has been sick for a while; however, his ailment has not been made public,, sparking public speculations

News about the governor’s demise was officially confirmed on December 18, 2020, in the morning.

According to certain bloggers, the demise of the governor erupted about three days ago.

However, the family denounced the reports saying that the Governors was doing well at the Nairobi Hospital..

According to initial reports, the Governors had been diagnosed by COVID-19 has was admitted to the Intensive Care Unit (ICU) for close to one month..

On Tuesday, December 15, Nyamira County Secretary James Ntabo urged that residents to remain calm and to denounce the rumors that were making rounds about the Governor`s death.

On the other hand, the Nyamira Deputy Governor Amos Nyaribo said that the Governor was suffering from a “flu” and all shall be well..

During a public function at the County, Nyaribo read the Governor`s speech. and warned the residents about the consequences of COVID-19 by narrating his personal experienced.

“Please, try as much as you can to avoid it by following the Ministry of Health protocols. That thing (COVID-19) is more than hot peppers…it’s bad,” he appealed to locals.

Here are some of the Condolonces;

I am deeply saddened to learn of Governor John Nyagarama’s death. My sympathies to his family and the people of Nyamira as we mourn his death and reflect on his life. pic.twitter.com/Xi7OpTY0Ld

Devastated by the news of the death of my Governor John Nyangarama. He was a gentle and kind soul. A real mzee and elder in the community who defended the rights of his people. My condolences to his family and the people of Nyamira County.#RipNyagarama pic.twitter.com/PnM1nd14GE

My Dear Governor,
A lovely Soul has rested, Our Governor 🙏Sad day for the People of Nyamira, ODM Family and Kenya at large….
Waaaah 😢😢😢😢😢😢😢😢#RIPNyagarama pic.twitter.com/b7Nktg6iwh