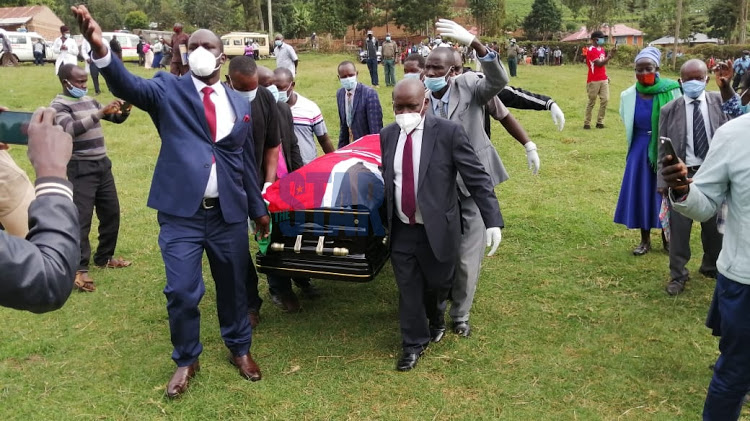 The remains of the county boss arrived aboard a Kenya Police helicopter at 9.30 a.m accompanied by three other helicopters carrying family members and Borabu MP Ben Momanyi

KDRTV has established that a state burial will be held at Nyamira Primary School.

The MP Momanyi said that he lost a close ally

“I presided over the last function with him in Nyamira. We have lost a development conscious man,” he said.

Reports indicated that the government succumbed to COVID-19 at the Nairobi Hospital last Friday and died at 74.

KDRTV understands that he is the fourth governor to die in the office after Nderitu Gachagua, Wahome Gakuru, and Joyce Laboso