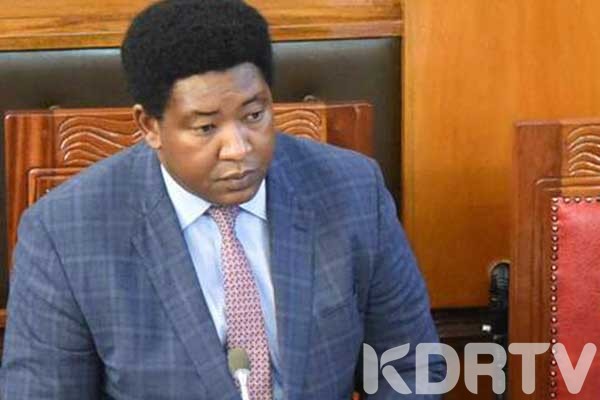 (KDRTV) – Narok Senator Ledama Ole Kina’s dreams of being the Chairman of the Powerful Public Accounts Committee (CPAIC) have all but died after ODM Party removed him from the Committee.

Ole Kina has been spitting fire since he was elected on Monday, warning Senate Minority Leader James Orengo that he can’t steal his Chairmanship because he is a wrong number to mess with.

However, on Monday, Orengo made true his threats and wrote to the Senate Speaker Ken Lusaka informing him that the party had removed Ole Kina from the committee. The Senator can’t be chair of the committee he is not a member.

“In accordance with the Senate Standing Order 190, I hereby give notice of the discharge and removal of Senator Ledama Ole Kina from the County Public Accounts and Investment Committee and Senate Business Committee,” Orengo’s letter reads.

However, Ole Kina mobilised four Jubilee legislators in the committee to vote for him. He beat Ongeri by one vote.

Orengo later wrote to the Speaker threatening to pull out all NASA legislators from the Committee until action is taken.

@RailaOdinga is on the record stating that his election has been stollen & I supported him. I was nearly killed in the last Resist Movement! Now what exactly does this letter mean? @orengo_james are they trying to steal my chair position! No way! I am a wrong number to mess with! pic.twitter.com/RP8EpbJSOQ