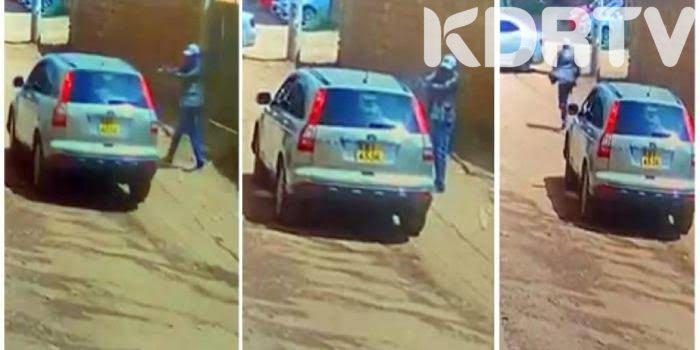 Recently, one of Mugota’s wives has appeared before the police to record a statement. Samuel Mugota was shot six times in Mirema. Mugota had been linked with fraud and spiking of drinks through several women in major night clubs.

The lady, identified as Winnie Wambui has revealed the secret life of Mugota.

According to Winnie, she never knew any of Mugota’s friend and states that the slain man used to receive anonymous calls from different women. She was not supposed to question him on this.

Surprisingly, Mugota neither drunk nor smoke despite being linked with spiking syndicates. Mugota had further instructed his wife never to call him even when in an emergency. For a whole year, Mugota has been paying for her rent and upkeep.

Winnie also stated that the slain man only visited her house twice and never spent a night their.

On the other hand, two more women have emerged and said that Mugota was working as a government officer in livestock department.

However, police still suspect that Mugota may have been killed because of a deal gone wrong. Additionally, shooter suspect is being held for further investigations to be done.

The suspect of the daylight shooting had recently surrendered to the police and it is believed that he was the driver.

One of his baby mama

Before Mugota was shot, he had dropped his baby mama who was identified as Mama Meddy.

“The noble man who made me a mother has been killed in cold blood,” Mary said, “Baba Koome YOU were the Best Dad Ever… I don’t know how our son will grow without you but I will keep your Legacy through him.”