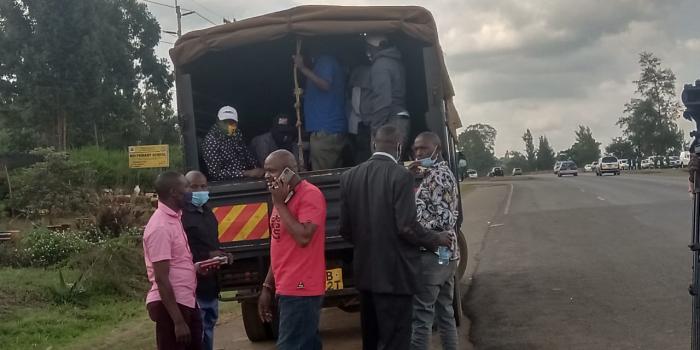 Undercover detectives have arrested three primary suspects believed to be behind a series of robberies that have rocked Nambale Town in Busia.

The three suspects, one who is a pastor in the area, were arrested after a sting operation that lasted four days intended to curb the rising crime in the town.

The pastor, Nicholas Mabiala 32, and his accomplices Maviala Shisanya, 34, Xavior Ojuma, 32 led the police to their hideout following the arrest.

“Maviala Shisanya, 34, Xavior Ojuma, 32 and the man of the cloth Nicholas Mabiala 32, were arrested 2 days ago in Bungoma town and whisked to Nambale Police station for further interrogation,” the DCI said.

Most of the goods stolen were discovered. A woman aged 24 years was arrested with a 6-kg gas cylinder and a stolen music system.

“The goods included music systems, gas cylinders, mobile phones among other valuables suspected to have been stolen,” the detectives added.

“The suspects are currently being processed to face robbery with violence charges,” the detectives said in a statement on Friday.