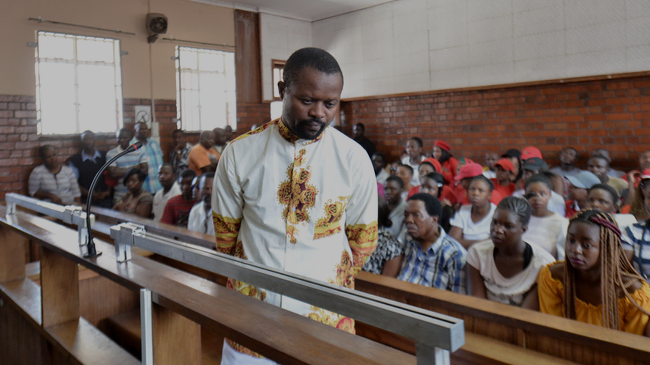 A pastor has been sentenced to 37 years in prison by a South African court on charges which include multiple counts of rape and sexual assault involving five members of his congregation.

William Emeka, a Congolese pastor at God Is Love Ministries Bronkhorstspruit, was sentenced by Gauteng High Court, Pretoria for the charges and added to the National Register for Sexual Offenders.

The 48-year-old was convicted on 19 counts of rape, three counts of sexual assault, illegally living in the country and possessing a fake permanent residence permit.

He was also declared unfit to possess a firearm and an illegal immigrant in South Africa.

“Emeka told one of his victims who was also assisting with babysitting Emeka’s children that by sleeping with him he was helping her take things that were inside her out, and until those things came out, she would not be able to conceive,” said North Gauteng NPA spokesperson Lumka Mahanjana.

READ ALSO: Kenyans In Diaspora: Eric Omondi Claims Andrew Kibe Is Being Hosted By A Sugar Mummy In The US: ‘Ule Ni Chokora’

According to Mahanjana, one of the victims became pregnant and said didn’t know who the father was the pastor or her husband.

“When the woman testified in court, the DNA results to determine who the father was were not yet out,” said Mahanjana.

He raped and sexually assaulted five women who were members of his congregation between 2015 and 2018 in and around Bronkhorstspruit. One of Emeka’s victims also looked after his children.

The girls were members of his church, and three of the victims grew up in his home because his wife is their maternal aunt.

The 60-year-old, accused of raping and sexually grooming four teenage girls, was released on bail “with strict conditions”.

The offenses allegedly took place between 2010 and 2018 but the girls only opened about their experience after moving to another area.

When they initially revealed their interactions with the pastor, the girls said relatives and church congregants urged them to keep silent.