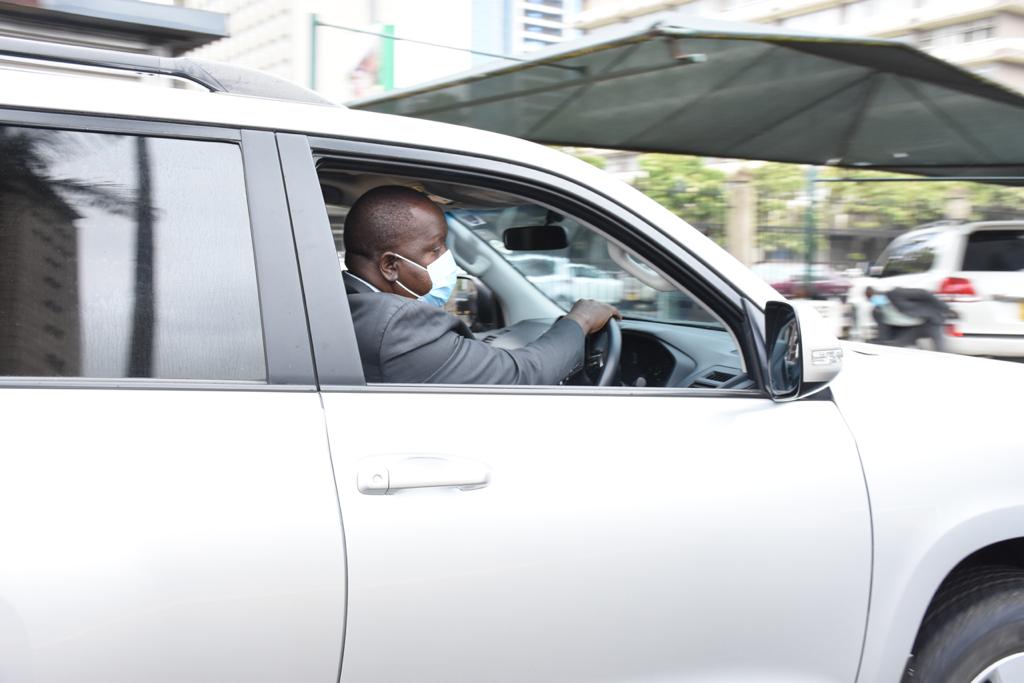 As the Interior CS, one of the most powerful Ministries in the country, Matiangi is entitled to a police escort together with chase cars. However, he drove himself with no security and in only one vehicle.

CS Interior Dr. Fred Matiang’i who is on recess drove himself to parliament buildings, following an invitation by the Senate Standing Committee on National Security, to respond to various issues.@InteriorKE @FredMatiangi @WanguiMuchiri pic.twitter.com/pBtK3lfB0Y

The CS had been summoned by the Senate Committee on National Security to explain Monday’s controversial arrest of three Senators. He was accompanied by Inspector General of Police Hilary Mutyambai and Director of Criminal Investigations George Kinoti.

There was drama when committee chair Yusuf Haji kicked journalists from covering the proceedings. Haji is alleged to have told reporters that they had not been invited and were not needed.

The move has been criticized by several Senators led by Kipchumba Murkomen who termed the move as shocking.

“I am shocked that the Senate Committee on Security chased the media from a sitting inquiring about the illegal arrest of Senators. If the committee cannot stand up for colleagues, the institution of Senate and democracy, then Something is really rotten in the state of Kenya,” Murkomen said.
https://twitter.com/kipmurkomen/status/1296008528734359553
Makueni Senator Mutula Kilonzo said the committee shouldn’t have barred media from the proceedings because the public has a right to know.
https://twitter.com/SenMutula/status/1296001648486227968
Three Senators; Cleophas Malala (Kakamega), Christoper Langat (Bomet) and Steve Lelengwe were arrested on Monday. The committee wanted Matiangi to explain who gave the order to arrest the three lawmakers.
Subscribe to watch latests videos
In this article:CS Fred Matiangi, Headlines, Senate