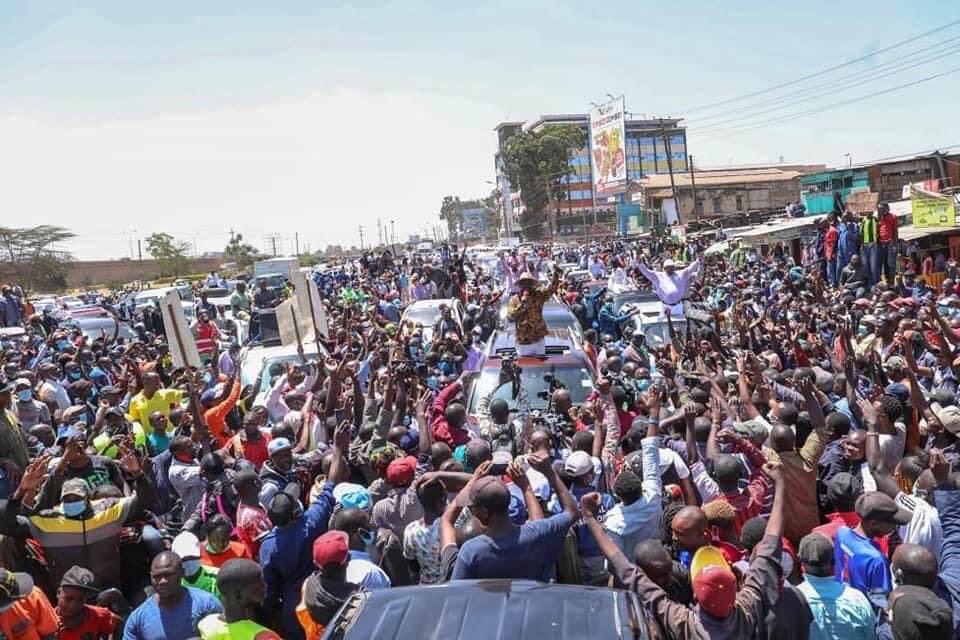 (KDRTV) – ODM leader Raila Odinga has received a Kingly welcome in Githurai despite warnings that people might not turn up for the visit.

Thousands of residents welcomed baba to the town located in Kiambu County and known for its agricultural Market. 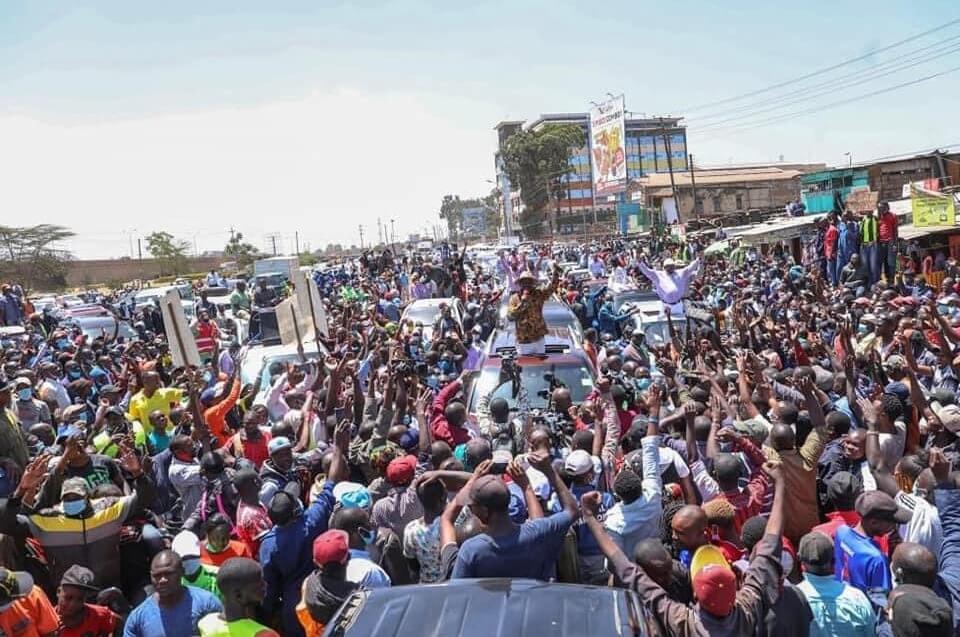 Earlier on, Tanga Tanga Members led by Gatundu South MP Moses Kuria had warned that traders had opted to stay at home ahead of the visit.

“The Ministry of Health Covid-19 awareness campaign seems to be working. Githurai traders have opted to work virtually from home,” Moses Kuria posted on Facebook.

Kuria has been accused of fear mongering. He is alleged to have, together with other Tanga Tanga Members, warned locals not to go to work as there would be chaos.

Githurai Traders close down fearing a DESTRUCTION of their goods. @RailaOdinga expected there to sell BBI. So, because of BBI, Hustlers, wallet njaa. When other Politicians visit, Traders make money selling, different Story today. #HustlerNation pic.twitter.com/IUSxkjgqdX

Despite these warnings, baba was received by thousands of people, mostly hustlers.

Raila is in the region to drum up support for the BBI report which is headed to the county assemblies after IEBC approved more than one million signatures. 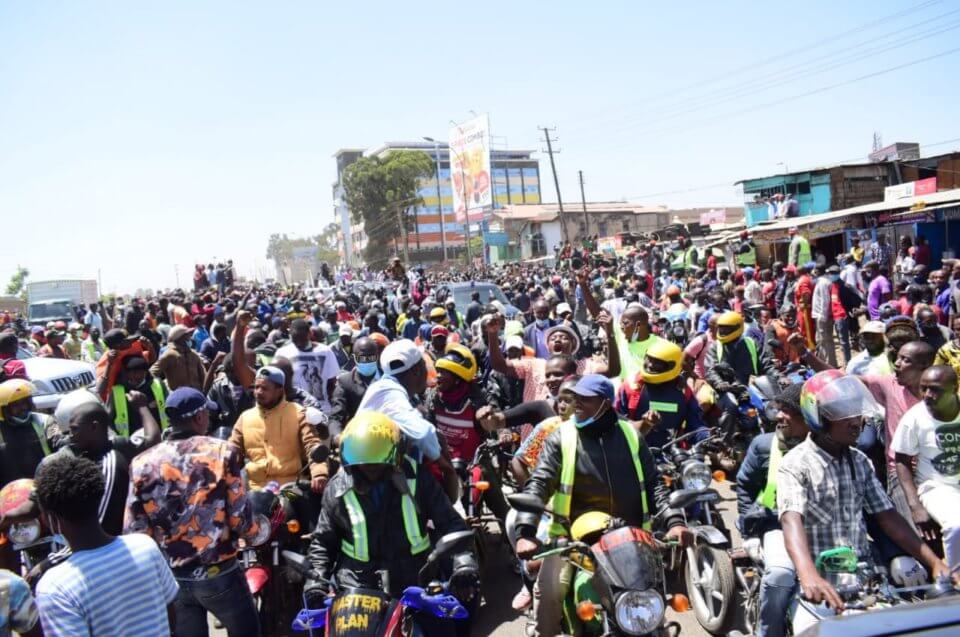 A section of Mt Kenya leaders has raised concerns that majority of their people do not support the BBI report.

Raila’s trip speaks a different story. The former Prime Minister will be making several trips to the region in the coming weeks.

Tanga Tanga gang of murder, plunder and exploitation told you that they prepared Githurai people to shout and embarrass baba.

See the sea of humanity out to welcome baba.

Don’t be fooled that anyone has a head start. You will now see what political campaign is. pic.twitter.com/1LuUyNpLUa

After Githurai, he is to tour Murang’a to not only campaign for BBI but also sell his 2022 Presidential candidature.

Subscribe to watch latests videos
In this article:Headlines, Raila in Githurai