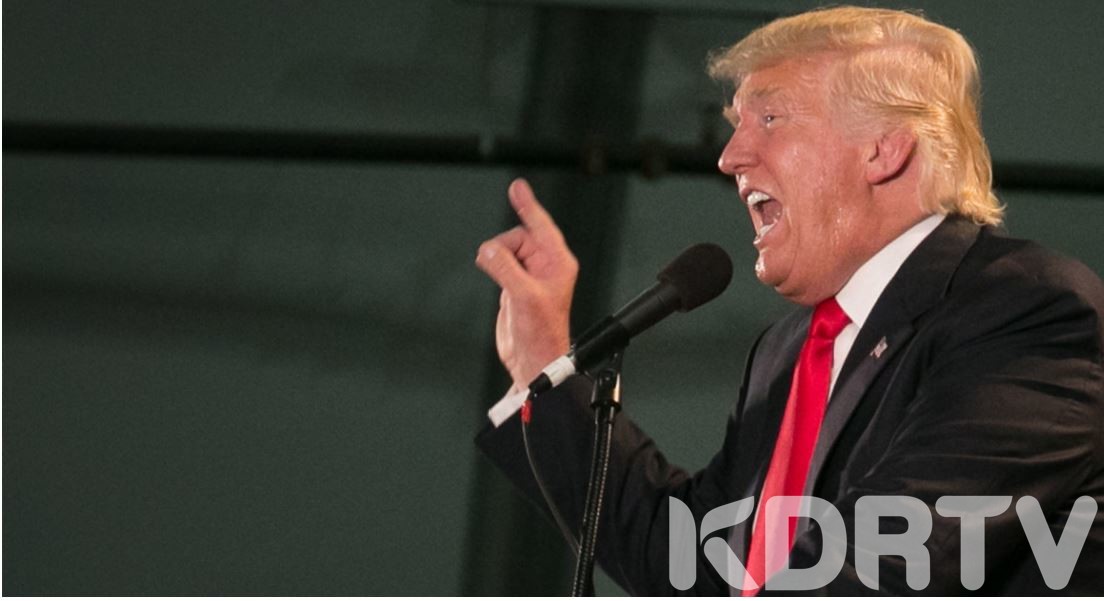 KDRTV-President Donald Tump has blasted China and the World Health Organization for playing games with Covid-19 and being complacent about it.

The US President claims that WHO and China failed to sensitize the World on the Corona Virus pandemic and hid the information till it was too late and the reason why so many people contracted the virus.

He questioned the motive behind WHO’s silence when it already knew what was happening in Wuhan Province in China but decided to keep quite until everything grew out of proportion and spilled out of China to other Countries which has resulted to many deaths and suffering and the World economy to be hit hard.

While giving a press briefing at the White House, he said that the US Government has taken stringent measures to prevent more deaths and infections.

The US President went ahead to say that from the latest statistics the curve is now stabilizing meaning that it’s not climbing and he fell short to say that the United States has contained the virus.

He praised the US Corp of Engineers who have constructed a 15,000 bed capacity to mitigate any new and current cases especially in the hot spots areas of New York, Louisiana, Michigan and Illinois’s Chicago area.

The US President also said that the Federal Government has already procured Personal Protective Equipment to be used by the Healthcare workers who might need it.

He also praised the US Manufactures who stepped up and heeded the call to design and Manufacture Ventilators which are of a great quality than the ones made in China which are of low quality.

On his part the Vice-President Mr. Mike Pence, praised the Healthcare workers who are on the front-line to fight this scourge which has almost put the US into a halt but through their efforts and dedication they’ve put their lives on the line to save thousands who have been affected by the pandemic.

In New York the Gothic Cathedral has been converted into an Hospital and the Central Park open space, the State Government has constructed a makeshift Hospital to cater for the thousands of patients who need help.

There’s a new statistic or finding  which has shown that many Black-Americans and Latinos are the ones who are hit hard with the Pandemic not only in, Louisiana, Chicago and in Milwaukee in Wisconsin but in many Cities across the USA.

One of the Doctor’s serving patients in those areas claimed that the poor American population are not having proper medical care as key life saving equipment like Ventilators are in short supply in the Hospitals serving the poor communities but the US Government is doing a thorough research to ascertain the reasons why more people are dying in those areas given the fact that Ventilators have been sent to those areas and whoever needs the equipment can get them from the Federal Government.

The Mayor of Chicago is also on the receiving end of not heeding to the quarantine or stay home orders because she was seen visiting a saloon for her hair to be made. She apologized later for the unfortunate action she did without giving a serious thought about her actions.