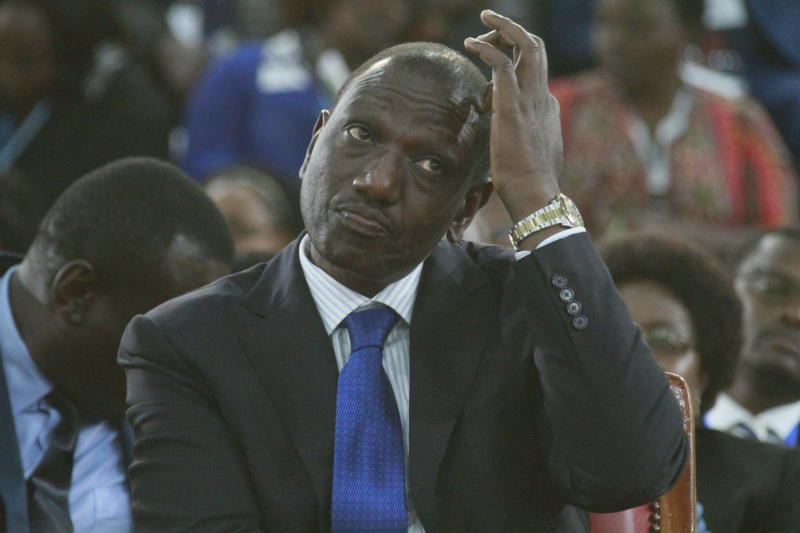 (KDRTV) – It is2021 but DP William Ruto’s problems are not going away despite the fact that it a new year. His well-documented fall out with President Uhuru Kenyatta played out again on Thursday.

This time, it was at the funeral ceremony of Mama Hannah Mudavadi, the mother of ANC leader Musalia Mudavadi. Despite being the President’s principal assistant, the DP watched as Devolution CS Eugene Wamalwa read the President’s speech.

In his speech, the DP chose not to focus on BBI politics and invited former NASA principals to work together with the government at this trying moment for the nation.

“We are in a difficult position as a country and it is evident that Covid-19 has come with a very serious economic meltdown and health challenges that have put pressure on health systems. I want to ask us that this is not time to point fingers but stand together to confront the situation together,” he said.

President Kenyatta had visited the Mudavadi family on Wednesday evening to offer his condolences.

However, this is not news for the man who has declared himself an enemy of the government he is serving. Last month, the DP suffered a similar fate during the burial of Machakos Senator Boniface Kabaka where Wiper Leader Kalonzo Musyoka read the President’s speech.

Kalonzo is the senior-most Kamba leader, meaning Eugene could have been chosen to represent the President as the most senior Luhya leader in the Jubilee Administration.

Uhuru and Ruto are not reading from the same script and have not been seen publicly together for months. The President is said to be angry with a lack of support from his deputy. Instead of working on the Jubilee pledges, Ruto has launched a full-fledged 2022 campaign, and looks like he is running away from the failures of the Kenyatta administration.