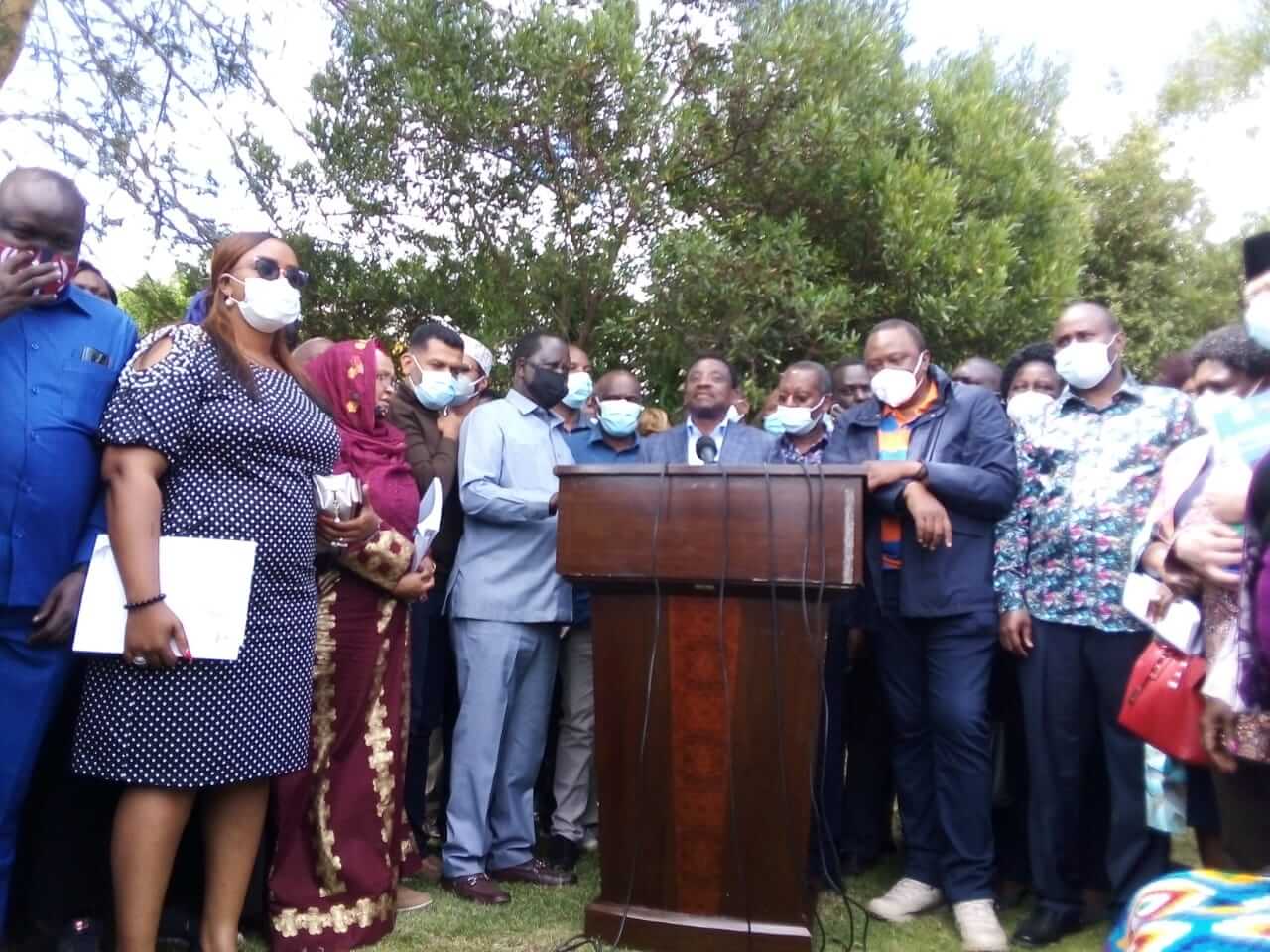 (KDRTV) – At least 300 lawmakers have declared their unwavering support for the BBI report, Siaya Senator James Orengo has said.

In a statement read on behalf of the lawmakers on Monday, Orengo said the MPs drawn from both the Senate and National Assembly are ready to popularize the report throughout the country.

Revealed: How 4 Kenyan MPs Traveled with COVID-19 Patient from London

“We stand here today on behalf of the approximately 300MPs to declare our total, unwavering commitment to the BBI. We are ready to proceed to popularize the report across the country,” Orengo said in Naivasha.

The MPs agreed, after a two-day retreat, on the schedule of activities that will culminate in a referendum penciled for April next year.

Senator James Orengo: We stand here today on behalf of the approx. 300MPs to declare our total, unwavering commitment to the BBI. We are ready to proceed popularizing the report across the country…we have a schedule of activities that will culminate in a referendum… pic.twitter.com/i9kYbefPVU

Orengo said that the BBI report will ensure the government achieves changes equity in parliament. the Senate Minority leader also said Kenyan youth will have a chance to get out of poverty if the BBI report is implemented.

President Uhuru Kenyatta and ODM leader Raila Odinga were part of the team which flanked Orengo as he read the statement.

Following a meeting in Naivasha graced by President Uhuru Kenyatta and ODM leader Raila Odinga, Siaya Senator James Orengo reports that "300 MPs drawn from both Houses" have resolved to support the BBI report and popularise it across the country. pic.twitter.com/XzuegmtRdr

However, Deputy President William Ruto and his allies were conspicuously missing from the meeting. MPs allied to Tanga Tanga alleged on social media that they had not been invited to the meeting.

Gatundu South MP Moses Kuria vowed to oppose the report if it doesn’t capture the aspirations of Mt Kenya farmers.

“Our people have instructed us to include their issues including Guaranteed Minimum Returns (GMR) for coffee, tea, milk, sugar, and vegetables. If there is no GMR, I hereby declare myself the leader of the NO campaign,” Moses Kuria said.

Elgeyo Marakwet Senator Kipchumba Murkomen said the President was dividing the country by meeting a section of MPs and not others.

I want to ask President Kenyatta to stop dividing the country.He should embrace the spirit of dialogue and consensus building. The President should be a statesman and learn to build bridges of unity. The Bravado and utado attitude is not a mark of eminence. https://t.co/v6p4kkt8Ma

Subscribe to watch latests videos
In this article:BBI,James Orengo