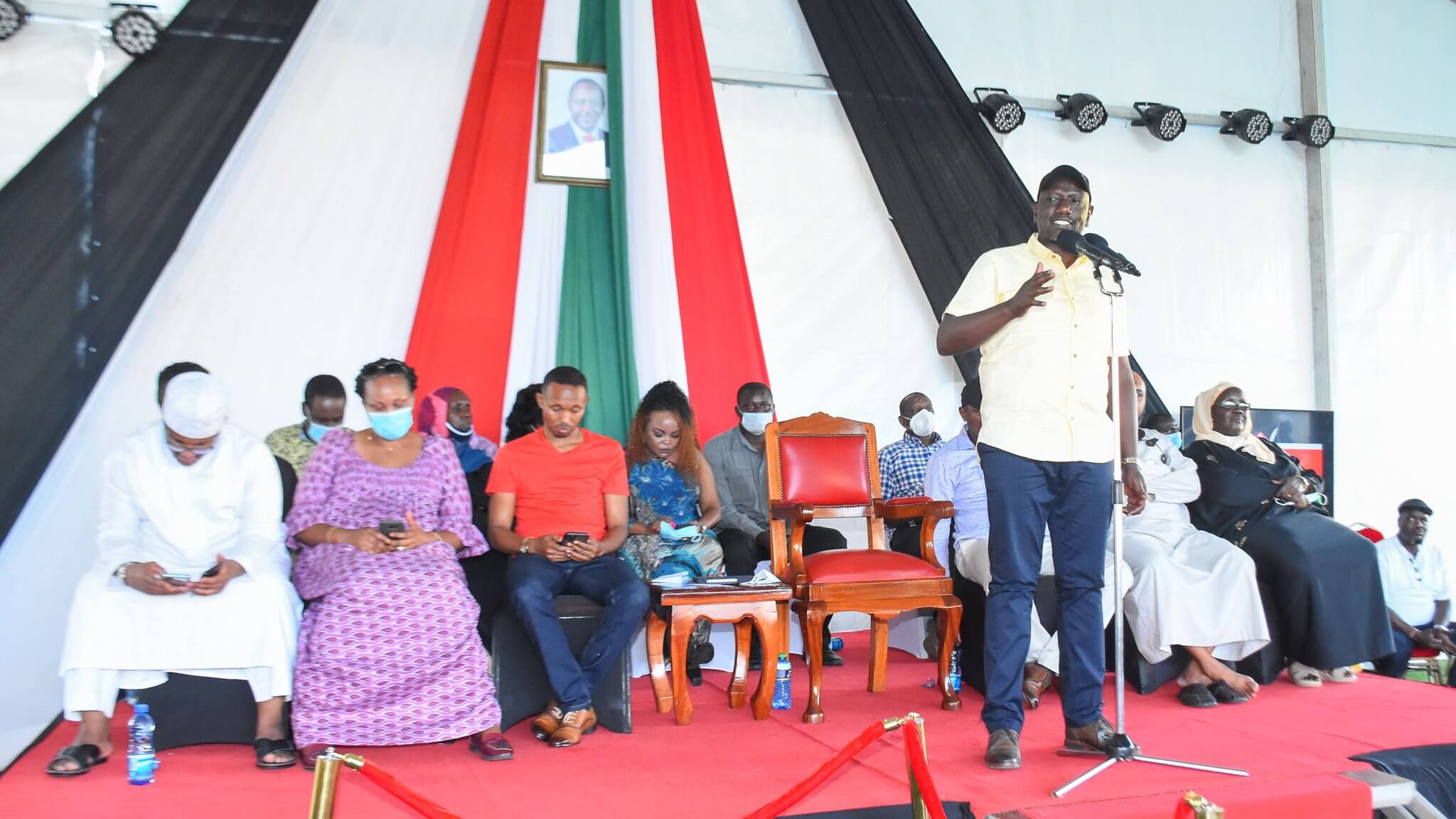 (KDRTV) – Speaking in Mombasa over the weekend, Ruto said there is a need for women to be given equal opportunities in government.

“It is high time women were given equal opportunity in politics and development of the nation. The two-thirds gender rule should be given priority in any discussion involving the Constitution. That is why I am ready to have a woman as my deputy,” the DP said while issuing sanitary towels to women groups in Mombasa.

Political leaders have a duty to forge cohesion, foster unity out of diversity and embrace inclusion. pic.twitter.com/ANJfqpz9EL

The announcement will throw a spanner in the mix for the already polarised 2022 polls which are still 23 months away.

A woman running mate will close the door for a coalition with ANC Leader Musalia Mudavadi. Luhya politicians had been pushing for a merger between the two Presidential hopefuls.

The next question is who in Kenya has the clout to be a running mate in a major political party. We could say Kirinyaga Governor Anne Waiguru. Waiguru and Ruto for once inseparable and there was a rumor that they could run for Presidency on a joint ticket. However, that chapter was closed after the governor warmed up to ODM leader Raila Odinga.

The only strong woman in Tanga Tanga is Nakuru Senator Susan Kihika. The iron of Nakuru has risen from being speaker of Nakuru County Assembly to one of the toughest politicians in Kenya at the moment.

However, Kihika it is not clear if she would be interested in being a running mate at this stage of her career. She has better chances of being Nakuru Governor in 2022.

NARC Kenya leader Martha Karua can be another option for the DP if they can work on the differences they have. However, that is not going to be easy as Karua believes Ruto had something to do with her loss to Waiguru in Kirinyaga Gubernatorial elections.

The DP can also look to Ukambani for Kitui Governor Charity Ngilu. But Ngilu is currently in Raila’s Kieleweke.

It will be interesting to see who becomes Ruto’s running mate.

Subscribe to watch latests videos
In this article:Headlines, Ruto 2022 Strategy