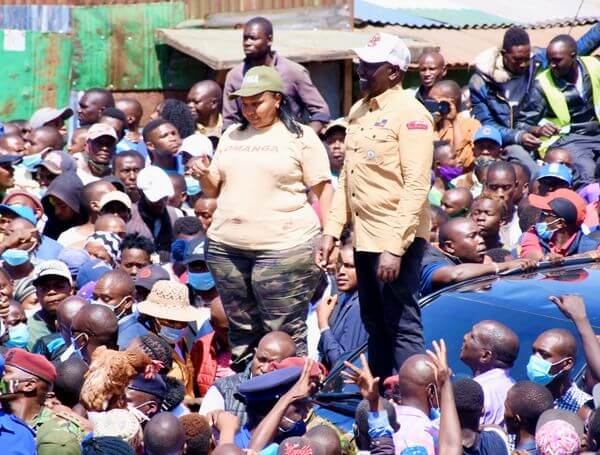 The Deputy President affirmed that he is miles ahead of Raila Odinga and his Building Bridges Initiative (BBI) team.

Ruto, who was speaking during his rally at Burma Market, reiterated that BBI sensitization was painted with Hustlers and wheelbarrows, a narrative that he sired.

“We are smarter than them. All they talk about are hustlers and wheelbarrows. They now understand that Kenyans are woke and are tired of cheap politics.

“Kenyans want to know how they will benefit and how their lives will be improved,” he said.

“Let their plans (2022 elections) not give you sleepless nights. They can have the system…deep state…but I have told them that we have God and the power of the people,” he said.

He further said that “They are proud because they have godfathers but we delight in drawing our strength from God the Father.”

On Wednesday, Raila Odinga held a rally in Githurai where ODM allies claim that the Hustlers team planned to interrupt.

However, Raila warned the youths against being swayed by the wheelbarrow politics.

He said that many promises made by the Jubilee government had not been fulfilled.