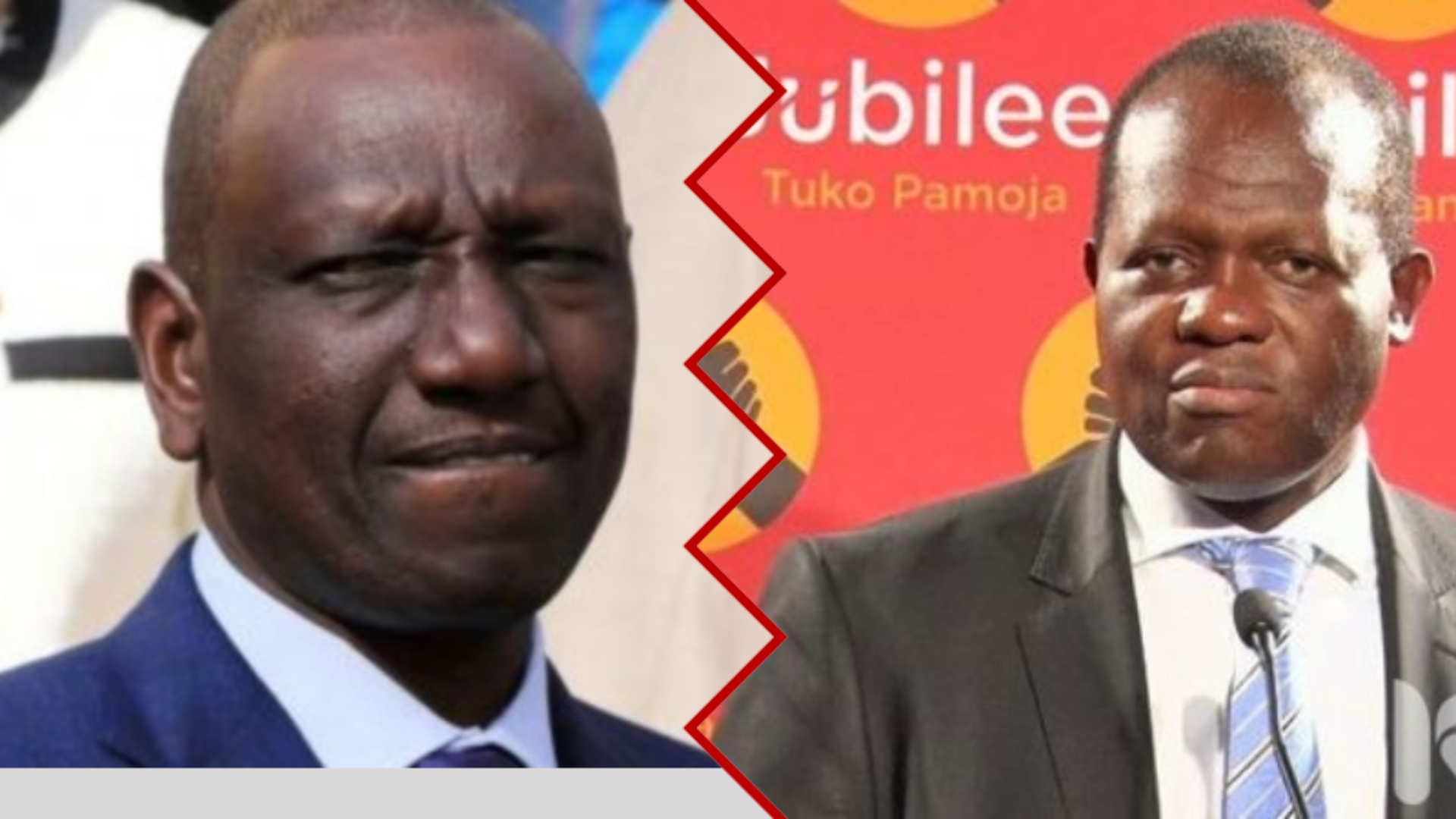 (KDRTV) –  This is despite the party’s Secretary-General Raphael Tuju announcing earlier that the party will not be fielding a candidate in the race to succeed the late Suleiman Dori who passed away in March.

Tuju said the party had reached the decision not to field a candidate after internal consultations. He said they opted to let ODM field a candidate due to the good working relationship between the Raila Odinga led Party and Jubilee in parliament.

DP Ruto arrives at Jubilee Headquarters, Pangani few moments ago after Raphael Tuju announced that the party would not field a candidate in Msambweni by-election!!! The battle fight is still on… pic.twitter.com/8ww6sWZCIa

“With the unprecedented corporation between Jubilee and ODM in parliament in the recent past on matters of national importance and given that this was an ODM seat, the decision has been made that Jubilee will not field a candidate in the interest of the bigger picture,” Tuju said in the statement.

However, Ruto feels differently and is believed to be pushing the party to field a candidate. Blogger Robert Alai said this was the main reason the DP went back to Jubilee Party headquarters on Wednesday. The DP had been to the party offices located at Pangani on Tuesday evening.

“DP William Ruto going back to Jubilee headquarters to demand that the party field a candidate in the Msambweni by-election. He is not happy with the announcement of the Secretary-General,” Alai said.

DP William Ruto going back to Jubilee headquarters to demand that the party field a candidate in the Msambweni by-election.

He is not happy with the announcement of the Secretary General.

Before his death, Suleiman Dori was believed to be working with the DP. He even fell out with the ODM Party and was expelled from the party. However, he was reinstated after asking for forgiveness. This could be the reason Ruto wants to field a candidate in Msambweni. He believes Jubilee has a realistic chance to win the by-elections.