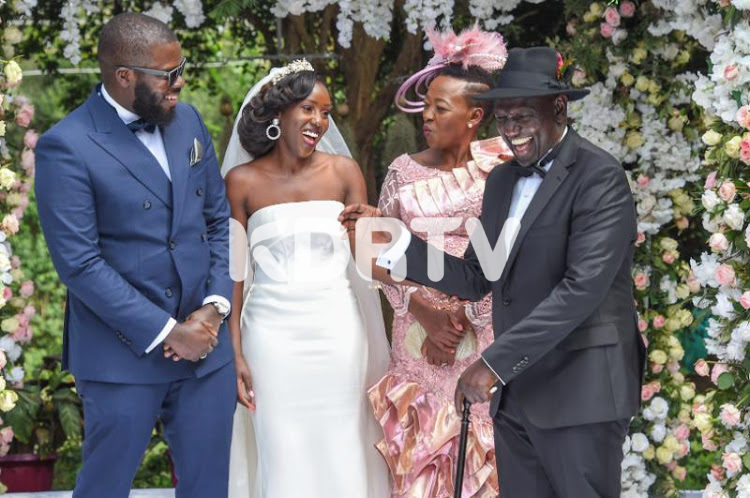 DP William Ruto recently stopped by Radio Jambo for an interview with Gidi and Ghost where he opened up about various topics including his daughter settling for a Nigerian man.

A fan on the show asked DP how felt marrying off his daughter to a Nigerian and not a Kenyan.

Ruto said that it would have been good if his daughter June settled for a Kenyan man but he doesn’t also mind her Nigerian husband Dr Alexander Ezenagu.

READ ALSO: Religious Leaders Push For Women To Be Banned From Using Boda Bodas: They Are Exposing Their Body Parts

Gidi, who has been settling relationship issues through his Patanisho Show, joked that Ochieng’ was a frequent name in the show.

DP also said that he still has more daughters and is hoping Kenyans will win the race next time.

June and Ezenagu got married last year in a glorious, invite-only wedding held at Ruto’s private residence in Karen.

The two have dated for close to three years before tieing the knot.