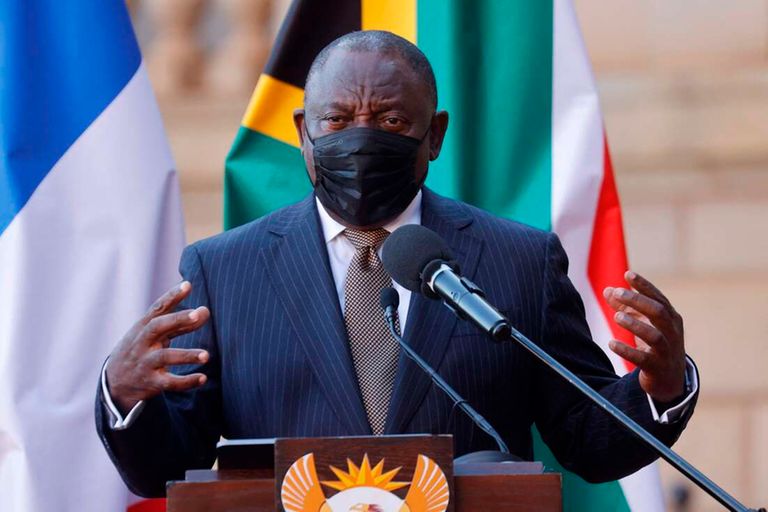 KDRTV NEWS: The administration of Cyril Ramaphosa has expelled twelve Lesotho diplomats and their spouses from South Africa over the illicit peddling of duty-free alcohol.

The diplomats and their families have until Sunday to pack and leave South Africa after being expelled from the country.

READ ALSO: Inside US Move To Save World From Covid-19

KDRTV established that Lesotho`s Foreign Affairs and International Relations ministry said it was aware of the disappointment on Thursday, saying that they have learned with:

“disappointment and embarrassment that several Basotho diplomats serving in the Republic of South Africa, at Lesotho High Commission in Pretoria and the Consul in Johannesburg have been declared Persona non grata by the South African government.”

The diplomats were afforded 7 hours to leave the country after involving in the illicit trade of alcohol.

Through the Foreign affairs ministry, the Lesotho government said that it would impose disciplinary actions against the officers when they get back home.

“The government of the Kingdom of Lesotho distances itself and condemns the actions of the said diplomats in the strongest terms. Measures are underway to ensure their return in the stipulated 72 hours,” reads the statement.

KDRTV has seen a leaked note from the South African government to the Foreign Affair Ministry back in Maseru listing the 12 diplomats, including their spouses, who have breached the diplomatic privileges.

However, South Africa is yet to make public declarations about the list of diplomats.