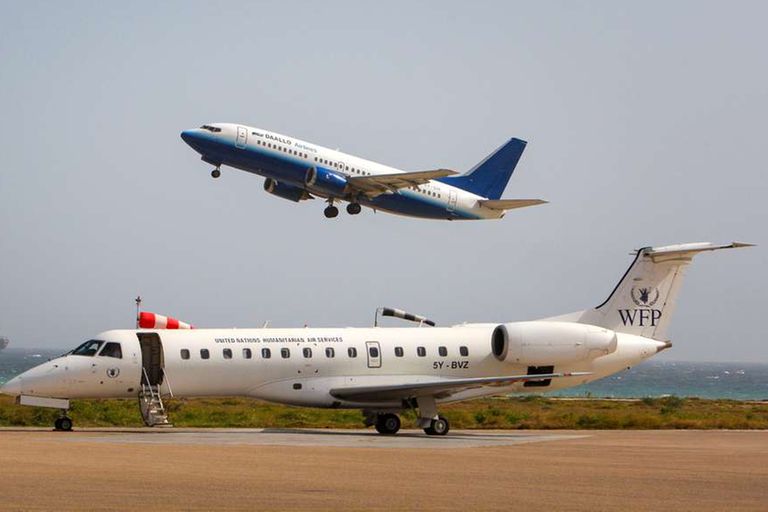 Kenya has reopened its airspace after a month of announcing the suspension of the Somalia flights.

Flight to and from Somalia are not allowed into Kenyan airspace after the suspension was lifted.

The decision was arrived at on Thursday after the administration in Nairobi said it was “intersections made” to restore broken ties.

The Kenya Civil Aviation Authority (KCAA) Director-General Gilbert Kibe confirmed to KDRTV that the suspension imposed on May 11 has been lifted.

A statement from the Ministery of Foreign Affairs to foreign missions in Nairobi said that the move was part of reviving the relationship with Somalia which has been severed since December.

“This goodwill measure has been made in the mutual interest of our two countries and in the hope that it will cause the full normalisation [of] bilateral relations between Kenya and Somalia , including diplomatic, trade, and people to people linkages that have undergone undue strain,” the note said.

The announcement came after Somalia announced that it would open diplomatic channels it had shut down.

However, the tension between the two countries still remains after the Somalia government announced that the Kenyan troops who are part of Amisom would no longer be allowed to conduct airstrikes in Somalia without permission from Mogadishu.

Kenya and Somalia have had severed diplomatic ties following military activities and border issues which were reported to an international court.