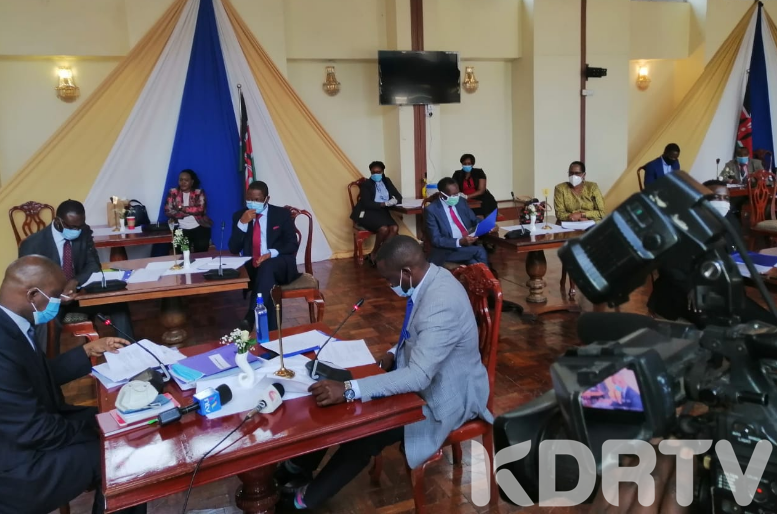 (KDRTV)-The Kakamega senator Cleaphas Malala has been elected to chair the senate select committee that will hear and make a judgement on the impeachment motion of Kirinyaga Governor Anne Waiguru who had been impeached by the members of the county assembly.

Out of the 10 members of the committee present, 9 members voted to elect senator Malala as the chairperson while 5 voted to elect Halake as his deputy.

Read also:Jubilee Axe Falls on Cate Waruguru Despite Being Sanitized at Capitol Hill

After his endorsement, Senator Malala announced that the committee has 10 days to make a fair judgement and will tender their reports by Friday next week

While Malala was thanking the committee for bestowing trust on him, he said that they are at the focal point and thus asked the committee to rise on the occasion

“I assure the public that we shall be impartial…We will allow all litigants to appear before us,” said the Kakamega legislator.

During the sitting to chat way forward on the impeachment motion, 45 senators voted in favor of select committee while 14 voted for plenary hearing

As we speak, Governor Waiguru now needs support of six out of 11 senators to survive impeachment

The following is the list of the select committee members