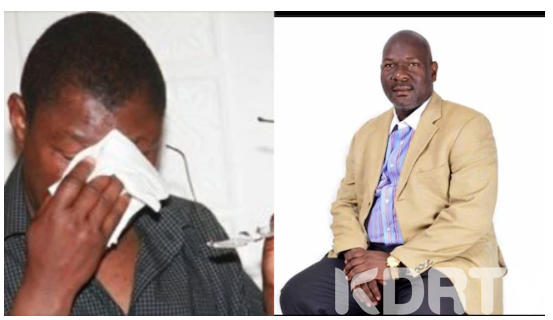 Waswa died at the Aga Khan Hospital in Nairobi on the morning of Friday, May 15.

Reports indicate that the deceased had been admitted at the hospital for quite some time.

A section of political leaders including the Orange Democratic Movement have condoled with the family.

“My condolences go out to Senator Wetangula and Tim Wanyonyi following the passing of their brother Tony Waswa. May the Lord grant their entire family comfort at this trying moment and may Tony rest in eternal peace,” mourned Raila.

My colleague Senator @Wetangulam and Westlands MP @HonTimWanyonyi; my thoughts are with you and your family during this difficult time occasioned by the painful loss of your dear brother Tony Waswa. Accept my sincere condolences.

Tony Waswa, my seconder when I presented my credentials to IEBC, was an all-around amazing human being. He went beyond the call of duty as his brother's aide. My sincere condolences to Sen. @WetangulaM and @HonTimWanyonyi. Rest in Peace, Tony. pic.twitter.com/UU73wtXiXn

😭R.I.P Tony Waswa Wetangula. It was so sudden and heartbreaking💔😭!! My Heartfelt condolences to your wife Tina, your brothers, Senator Wetangula (Bungoma) ,MP Tim Wanyonyi (Westlands) and all other family members and friends. We will miss you bro. We loved you! pic.twitter.com/LdXD0decpb