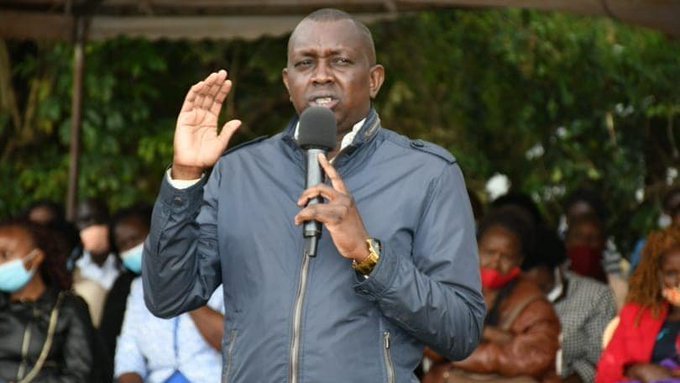 Sudi was released on a Ksh 500,000 cash bail on Ksh 1 million bond by the Nakuru High Court on Friday.

Mutula Kilonzo claims the bail is so heavy considering that the same judiciary has been showing leniency to terror suspects. He branded judges unpatriotic.

The youthful senator was referring to an incident on Friday in which three Westgate terror attack suspects complained about the quality of food at Kamiti Prisons.

Liban Abdulahi, one of the suspects, told Magistrate Francis Andayi that the beans and kales meal was affecting him. He also said the porridge did not have sugar. He said he has been taking bread and some little milk as his main meal.

The magistrate asked the prison administration to look into the complaints and file a report within 10 days.

Back to Oscar Sudi, the lawmaker was released after challenging, a lower court’s ruling to detain him for seven days pending investigations into the five offenses he is facing.

Kivutha Kibwana Says He Can Beat Ruto, Raila in 2022(Opens in a new browser tab)

High Court Judge Joel Ngugi ruled that the lower court did not have grounds to hold the lawmaker for seven days on flimsy grounds.

“The reason to hold the applicant for 7 days will not risk public order peace and security, what is the logic of his continued detention? This is not rationally related to the risk alleged,” the judge explained. He also said that the State had failed to prove how the MP would interfere with witnesses.

Most Kenyans have praised the High Court for granting Oscar Sudi bail, saying it is what the rule of law requires.

Justice Ngugi's ruling on the Oscar Sudi matter confirms the constitutional value of bail and pre trial detention. Magistrates are not state agents, playing to the flutes of other considerations besides the law! @ahmednasirlaw @nelsonhavi @ProfOjiendaTom @Kenyajudiciary pic.twitter.com/hAIvebqveG