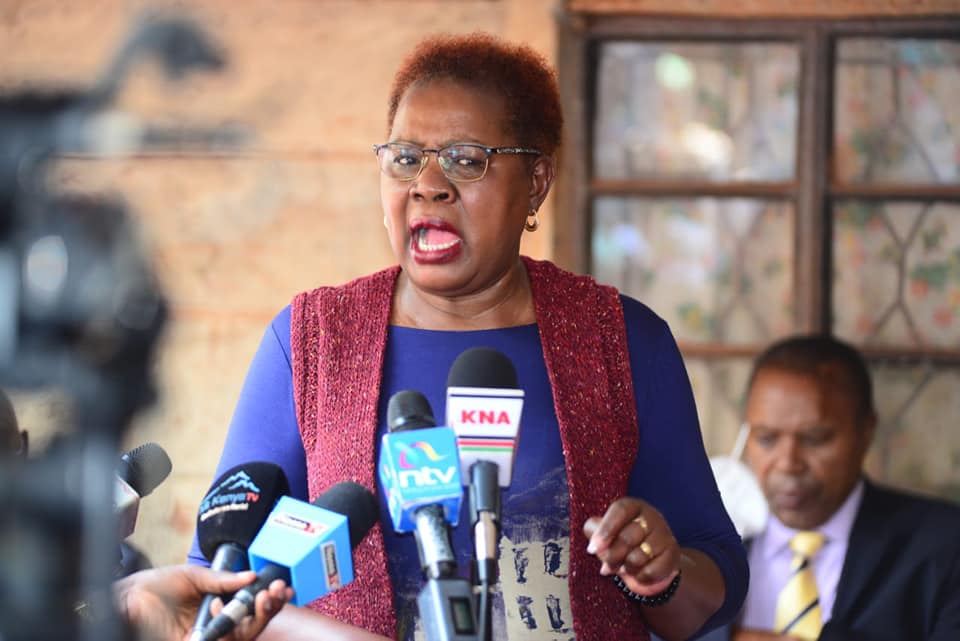 (KDRTV) – It seems the war between President Uhuru Kenyatta and his deputy William Ruto’s supporters knows no boundaries. The rival camps are ready to have a go at each other at any place, including funerals.

The two camps clashed at a funeral in Murang’a County on Wednesday afternoon to the chagrin of the bereaved family.

Politicians from both camps rushed to Nyakahuru village in Kangema Constituency where a family lost five members in a car crash.

Kangema MP Muturi Kigano was the first to arrive at the funeral with a Ksh 1 million contribution from President Uhuru Kenyatta. He said the head of state was mourning with the family and had called him on Wednesday morning to not only sent his condolences but help offset the funeral expenses.

A few minutes later and team Tanga Tanga arrived led by Alice Wahome (Kandara) and Ndindi Nyoro (Kiharu). They had with them Ksh 300,000 from Deputy President William Ruto. Wahome said she had called the DP with news of the accident and the DP had agreed to help.

However, Kigano said Uhuru did not need any help to offset the funeral costs. He also questioned why his colleagues would visit his constituency without informing him.

“You cannot start giving restrictions to people who want to help. We also understand that this is not a place to play politics. We are hustlers and this is a hustler home that needs support,” Wahome retorted back.

She said she had reached out to Kigano’s office but was told the lawmaker was busy. She demanded respect from the Kangema MP because she is his senior.

On his part, Nyoro said the funeral had touched him personally because no such thing had happened in Murang’a before.

“Such a thing has never been seen before in Murang’a. Such things do not have boundaries. Anyone can visit the family to support and comfort them,” he said.

All this time, the family watched in silence perhaps wondering if they deserved what they were getting.

Subscribe to watch latests videos
In this article:Murang'a County, Uhuru and Ruto