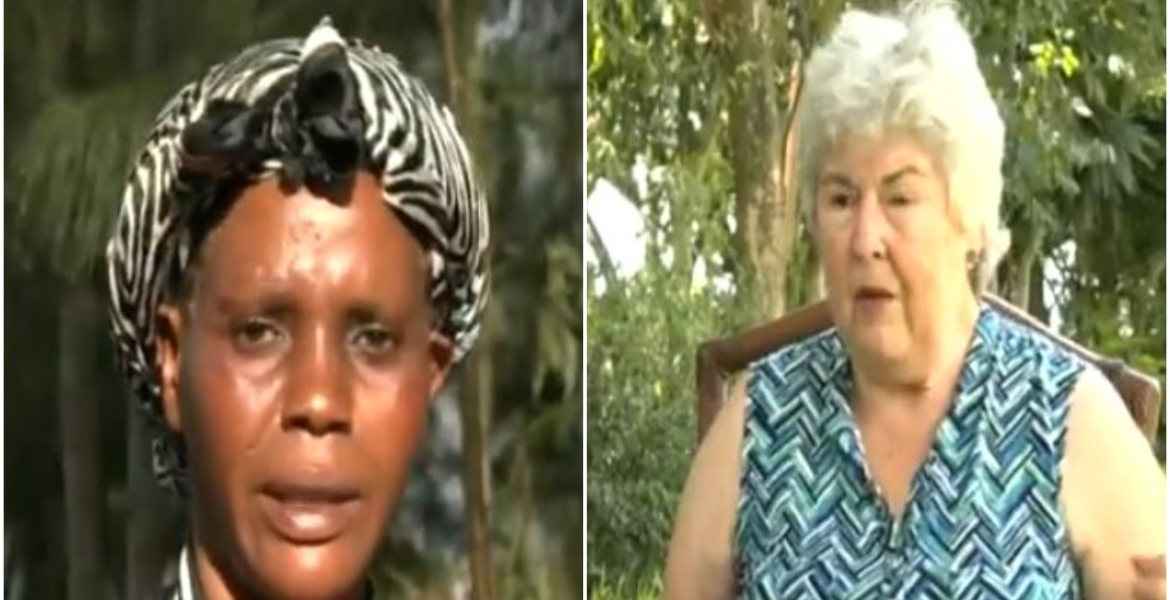 An American philanthropist has called for help to recover millions of shillings she donated to an orphanage home in Migori after finding out she was duped by their management.

Avis Goodheart asked for help from the government claiming that her partner, Kenyan pastor Esther Wambui, conned her millions by lying she has 148 orphans while had just 18.

In an interview on Citizen TV, Goodheart noted that she has sent more than Sh20 million to support the orphans over the last four years, but Wambui disputes the figure, saying the American only contributed Sh7 million.

The matter, which is already in court, will see the sponsor try to win back all her cash sent over the years.

“I sent her money lots of money and one of my sponsors to buy a piece of property because she wanted more gardens. She told me during the Covid-19 pandemic that the neighbors were starving and I sent her KSh33,000 a week till the end of January this year,” Goodheart states.

The woman further said she hopes she’ll be able to get her funds from Wambui and start afresh with another ministry.

“I want to get an LCG I want her to put all the land, all the cars, the cows, the chickens she hasn’t sold because we bought everything and if they get that done we can start a new ministry and I hope they put Esther away from me,” the philanthropist adds.

Goodheart first landed in  Kenya in 2017 where she met the pastor and agreed to start the children’s home in Migori.

She bought a 2-acre land in Bingutwi, Isibania Migori County. She also bought everything for the orphanage through her ministry Go Ye Ministries where she’s the founder.

Goodheart however, says that when the pandemic came, she had to return to the US but kept supporting the home by sending money.

The former teacher however had to stop after learning that Wambui was lying about the home’s operation and management.

“She told me during COVID there was drought and locusts and the neighbors were starving. In April, I started sending KSh33,000 a week up to the end of January. I find out that she pocketed the money,” she said.

Wambui on the other hand denied that she embezzled the funds insisting that there were some people who are feeding Goodheart the lies.

In 2018, the Guardian did a story about how charity in Kenya has been turned into a lucrative business.

Unfortunately, most of them are being used to exploit churches and white tourists who visit the country.

“Orphanages are sites of trafficking and that was recently recognised in the US Trafficking in Persons report,” said Michelle Oliel of the Stahili foundation in the report.

“There is now growing awareness of the fact that orphanages are damaging. [But] with cheaper air fares there is a proliferation of orphanages in tourist destinations. People see visiting an orphanage as part of a tourism experience like going on safari.”

“I went to visit one orphanage as part of our work on ending the institutionalisation of children. As soon as the children saw me they began to dance for me. This is forced begging. They know that white people come with money.”

According to Stahili foundation, a lot of funding comes from churches and small groups therefore orphanage try their best to win them over.

“A lot of funding comes from churches and small groups and someone will want to pay $1,200 [£940] to come and hug children for three months,” said Sophie Otiende, of Haart Kenya, a charity worker fighting to rehabilitate children trafficked into orphanages and return them their own families or communities.

“I had someone offering me therapy for our girls. I asked, ‘What qualifications would you need in your country to help a trauma victim? You would need a masters degree.’”